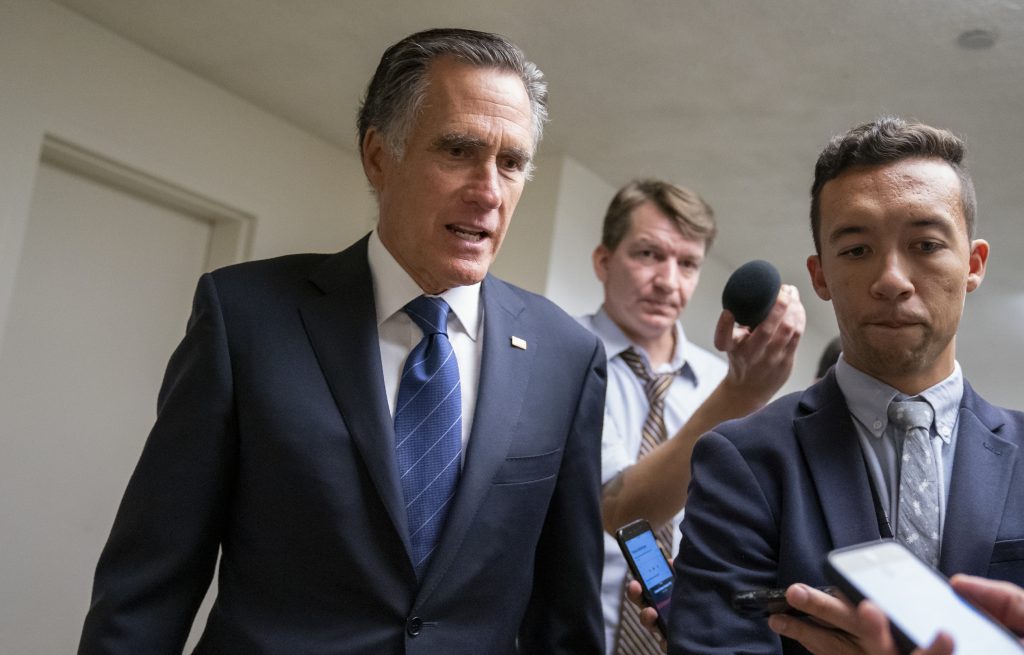 Donald Trump on Saturday sent multiple tweets about Sen. Mitt Romney, one of the few Republican lawmakers who have criticized the president’s calls for China and Ukraine to investigate political rival Joe Biden.

People in Utah view their vote for Romney as “a big mistake,” President Trump said, adding the hashtag #ImpeachMittRomney.

The president was returning to the White House after several hours at his golf club in Virginia.

“By all appearances, the president’s brazen and unprecedented appeal to China and to Ukraine to investigate Joe Biden is wrong and appalling,” Romney wrote on Twitter Friday.

Romney and Sen. Ben Sasse of Nebraska have been almost alone among Republican members of Congress in pushing back, even mildly, against Trump’s actions and comments, which have sparked an impeachment inquiry led by House Democrats.

Sasse this week responded after Trump suggested China should investigate the Bidens.

“Americans don’t look to Chinese commies for the truth. If the Biden kid broke laws by selling his name to Beijing, that’s a matter for American courts,” Sasse told the Omaha World-Herald newspaper.