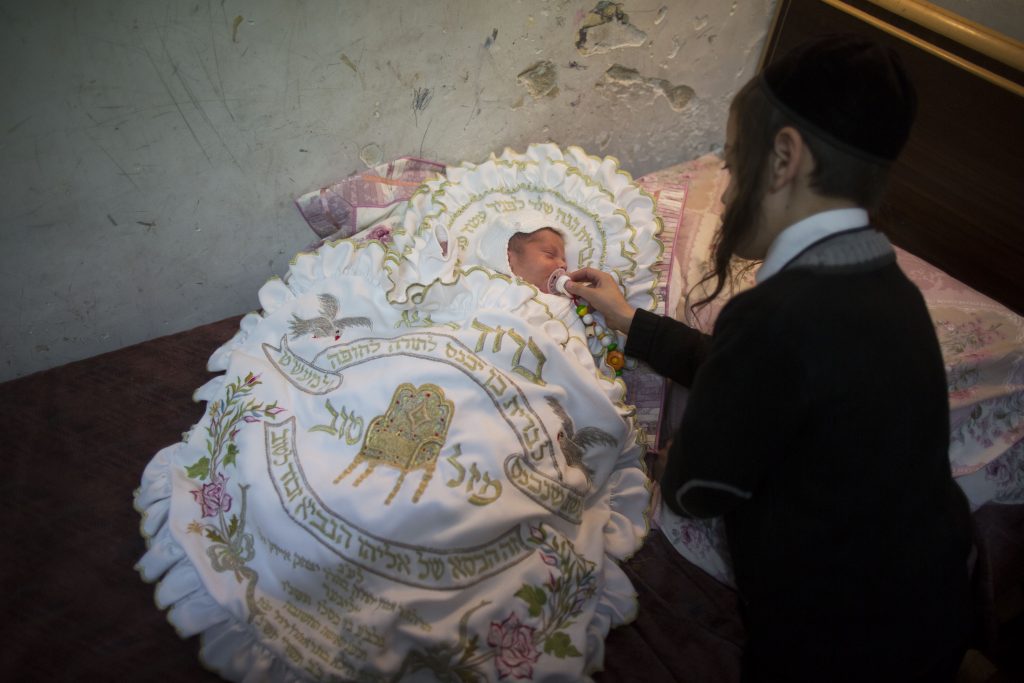 A vote by a left-wing Swedish political party to support a ban on non-medical circumcision has set off an effort by Jewish and Muslim groups in the county to ensure protection of their religious practices and has elicited outcry from international Jewish groups.

In recent years, several Scandinavian countries have flirted with proposals to ban bris milah and Muslim circumcision rights under the banner of “children’s rights,” claiming that procedures of this nature should only be performed on adults who can make their own decisions.

Rabbi Moshe David Hacohen, who leads the Jewish community in the city of Malmo in southern Sweden, said that the recurring issue behooves religious groups to clearly explain their position to lawmakers.

“The issue comes from a basic misunderstanding of religious identity,” he told Hamodia. “Sweden has been very strong about keeping religion out of the public square and has become a very secular country, and if you are not knowledgeable it sounds like it makes sense to say, ‘Okay, let the child make his own decision.’ But there is a growing minority in this country that cares about religious identity, and [lawmakers] don’t understand that in the name of child’s rights they are stealing children’s religious and cultural identities.”

Sweden’s Centre Party passed the resolution at its annual policy convention last week by a vote of 314-166. The measure was unanimously opposed by the party’s own 18-member leadership board, but it was pushed through the agenda by other party commissioners.

The party’s leader, Annie Loof, said she was “disappointed,” about the vote and re-enforced her commitment to the protection of religious freedoms, but said she and other party leaders would discuss how to implement the decision.

The Centre is a minority party occupying only 31 of the 349 seats in Sweden’s parliament. They are not part of the ruling coalition, but their support together with other parties has allowed the ruling Social Democrats to lead the country.

A long list of European and American-based Jewish organizations released statements condemning the move in strong terms. Rabbi Pinchas Goldschmidt, president of the Conference of European Rabbis, decried the vote.

“The Swedish Centre Party’s decision to promote a ban on religious circumcision is a request for Jews to leave Sweden, the most liberal of EU states. We mourn the lack of tolerance and loss of diversity in today’s Sweden,” he said.

Of greater concern than the Centre Party’s move, said Rabbi Hacohen, were reports that the more powerful Moderate Party was also considering adopting a similar resolution. He said that he was currently working together with Muslim groups to arrange meetings with the party’s leadership to voice their objections and to explain that such a move would constitute an attack on religious minorities.

“The fear is that once something that has strong backing in Nordic countries passes through somewhere, it can very easily get copied and pasted somewhere else, in this case to larger parties,” said Rabbi Hacohen.

Last year, Iceland’s parliament proposed a measure that enjoyed strong backing from lawmakers and would have banned milah in the small country. Yet it was shelved after strong outcry by religious groups and a letter from members of Congress calling on the nation to reconsider the move. Around the same time, Denmark also saw a concerted effort to bring an identical measure for a vote in its parliament.

Rabbi Hacohen said that what occurred in Iceland proved the importance of strong condemnation by diverse groups.

“In Iceland we saw that they didn’t realize what they got themselves into,” he said. “It wasn’t only the Jewish world trying to influence them; but from all over, they heard that what they were doing was against human rights.”