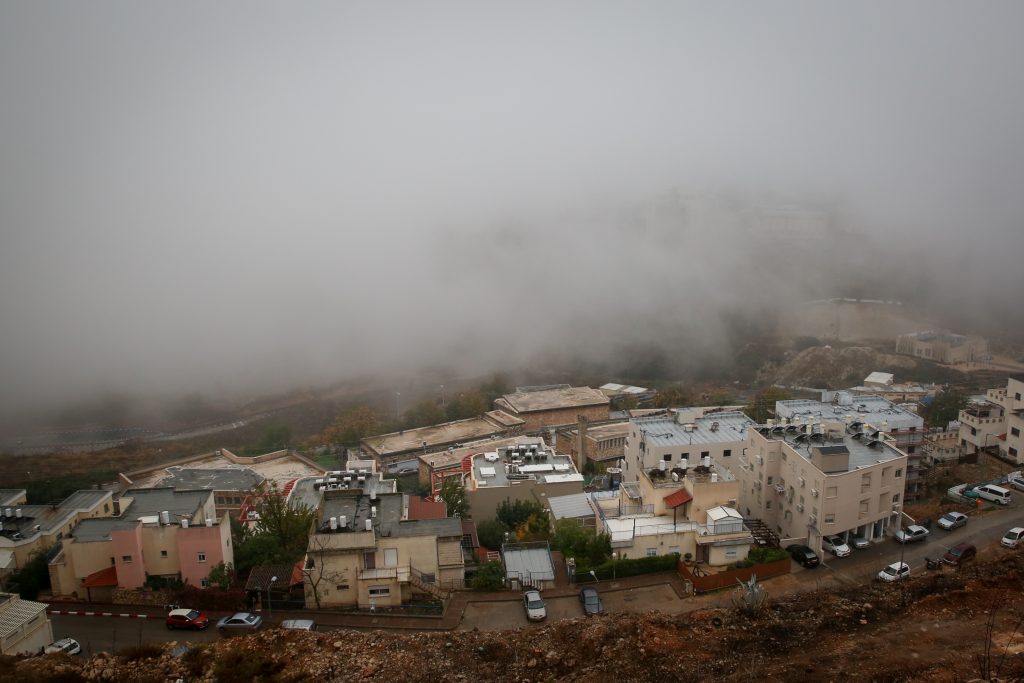 A rainstorm caught residents of the center of the country off-guard on Shabbos afternoon, as rain fell for a good 20 minutes in the Tel Aviv area, as well as in most of Shomron and parts of Yerushalayim. The rain was brought by a genuine “winter low” storm system, which was traveling south from its origins in northern Europe. Overnight Motzoei Shabbos, rain, heavy at times, fell in the Arava region, and by Sunday morning the storm reached Eilat, where thunder and lightning accompanied the rain.

The turn in weather has many Israelis saying that it was “about time” that cooler temperatures began prevailing, given the very hot summer they just passed through. The statistics were not yet in about August, but July went down as one of the hottest months ever recorded in Israel. Lower temperatures that accompanied the rain are expected to prevail on Sunday and Monday, as well, and rain is likely in northern and parts of central Israel both days. Flash flood warnings have been issued for the Jordan Valley, Judean Desert and northern Negev.

But lovers of summer still have hope. Tuesday, Erev Yom Kippur, is likely to be warmer than usual, with a drop in humidity. The summerlike conditions will prevail throughout the day Wednesday, Yom Kippur, breaking later on, with clouds and lower temperatures moving in.