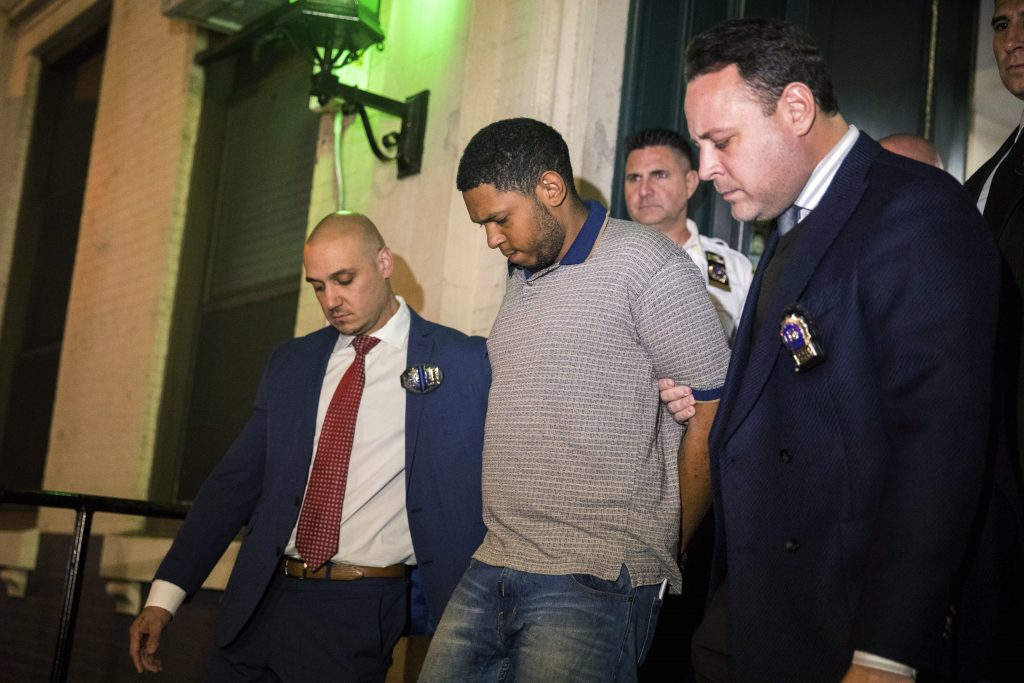 A 24-year-old homeless man charged with using a metal rod to bludgeon four other homeless men to death in New York City was holding the bloody murder weapon he was arrested, prosecutors said Sunday.

Randy Santos was arraigned on charges of murder and attempted murder for the bloody rampage that happened early Saturday in Manhattan’s Chinatown. He did not enter a plea and was ordered held without bail.

A fifth homeless man who was injured in the attacks remained hospitalized in critical condition Sunday.

Prosecutors said Santos was shown video of one of the attacks while being interrogated by police and he admitted that he was the person in the video with a long metal object.

Santos used a Spanish interpreter in court. His defense team did not comment. He is due back in court Oct. 11.

The area where the rampage occurred includes the Bowery, which has long been a location where those living on the streets have made their nighttime resting area.

The city Department of Social Services said the area is canvassed twice a week by homeless outreach workers. The department will increase the frequency of the visits, a representative said.

Police identified one of the victims as an 83-year-old man and haven’t released other information on the victims yet.

Santos has been arrested at least six other times in the past two years, three times on assault charges.

Santos’ relatives told the New York Daily News he had a history of drug use since his arrival to the United States from the Dominican Republic several years ago.

His mother, Fioraliza Rodriguez, 55, told the paper she had kicked him out of her home about three years ago after he assaulted her. But while she said she had been afraid of him, she “never thought he would kill someone.”