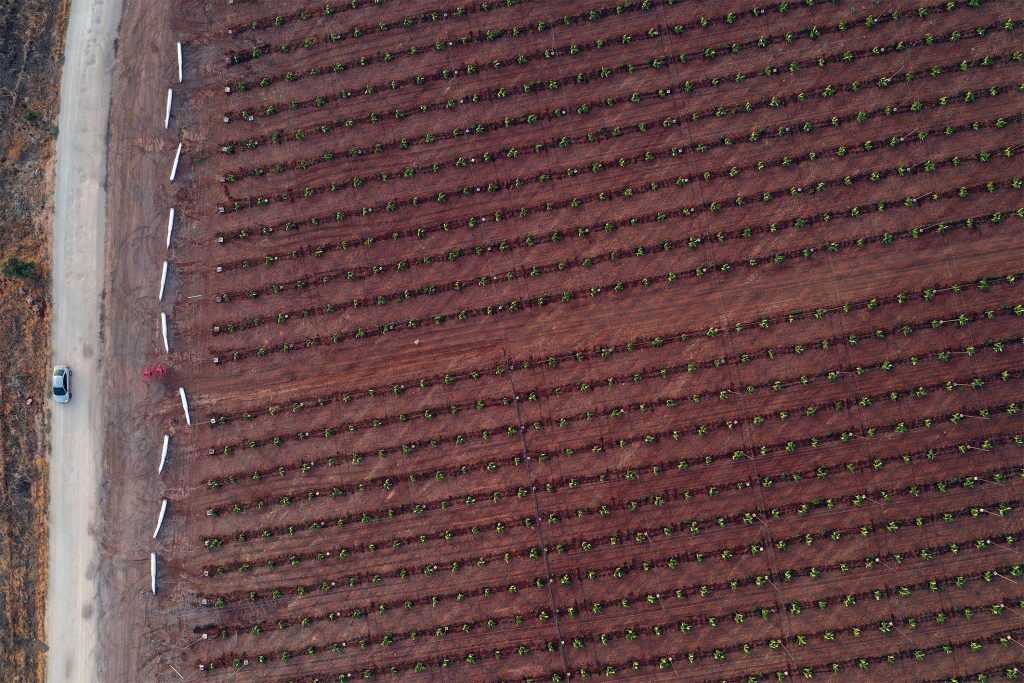 Israel’s banana crop—an important and lucrative part of the agricultural sector—is in danger of total obliteration and there isn’t much, if anything, that can be done to stop it.

Tropical Race 4 (TR4), better known by its nickname, “Banana Killer,” has so far wiped out six banana plantations in Israel, about 200 of a total 27,000 dunams, but all the rest are threatened as well. Worldwide, it has devastated millions of acres, causing billions of dollars in lost crops.”

The disease, a Panamian fungus that is an exclusive natural enemy of the banana plant, has survived all known fungicides. The only treatment is quarantine of the affected plants, which are all allowed to wither and die while the farmer hopes the rest of his banana plants will not be destroyed next.

In Shfeya, northern Israel, where most of the bananas in the country are grown, the recommended measures were taken: Trenches were dug around the stricken area to isolate it from the rest of the plantation, and the plot was covered with polyethylene sheets.

While TR4 is deadly to banana plants, it cannot harm humans, and consumers need not be concerned; even if the plant was infected, the fruit remains perfectly safe to eat.

“This thing… you could say it’s a disease, but it’s a fungus. It attacks the roots of the banana plant and the plant dies. It has nothing to do with the quality of the fruit. But from a PR standpoint, this is of no help because all the consumers hear is that there’s a disease, so for them, that’s a problem,” Ofer Ariel, who represents local banana growers at the Plants Production Board, told The Times of Israel.

Dr. Navot Galpaz, a subtropical crop researcher who specializes in bananas, agreed: “It’s very important to emphasize this. The fungus doesn’t affect the fruit and even if it did — this fungus only infects bananas. It doesn’t infect any other crop and it certainly cannot harm humans.”

The entire Israeli banana crop—which furnishes a livelihood for about 4,000 people—is at risk.

Dr. Dror Minz, head of the Soil, Water and Environmental Sciences Institute at the Volcani Center, said it sometimes takes 10-20 years before bananas or anything else can be planted again in the affected soil.

We’re looking at a very real chance that eventually, this will spread nationwide,” Minz warned. “All it would take is a strong windstorm to blow the spores or animals treading through the area. There’s no stopping it.”

Israeli banana growers have so far spent an estimated $700,000 in trying to contain the Banana Killer. They’ve installed electric gates and chemical decontamination pits around plantations to minimize potential contamination by vehicles driving in and out of them, the Times said.

As for how the killer got here, no one knows.

Farmers themselves may unwittingly have brought the spore back with them from a visit overseas, or it may have been carried into the country by Jordanian boars.

Meanwhile, research goes on at the Israeli government-linked Volcani Center in Beit Dagan, near Tel Aviv, under the most rigorous isolation procedures.

“It’s very difficult to work with this fungus because it has to be quarantined,” Minz explained. “All work has to be done in a designated laboratory with special disinfectant measures for those leaving it. Everything that comes out of here — water, waste — is destroyed. It’s not that we have banana plantations around us, but if someone transports so much as one microscopic spore on their shoe, it could end up in a banana plantation.”

The research is in its early days, but if an answer to TR4 can be found, it will save not only millions of bananas, but the livelihoods of those who grow them.