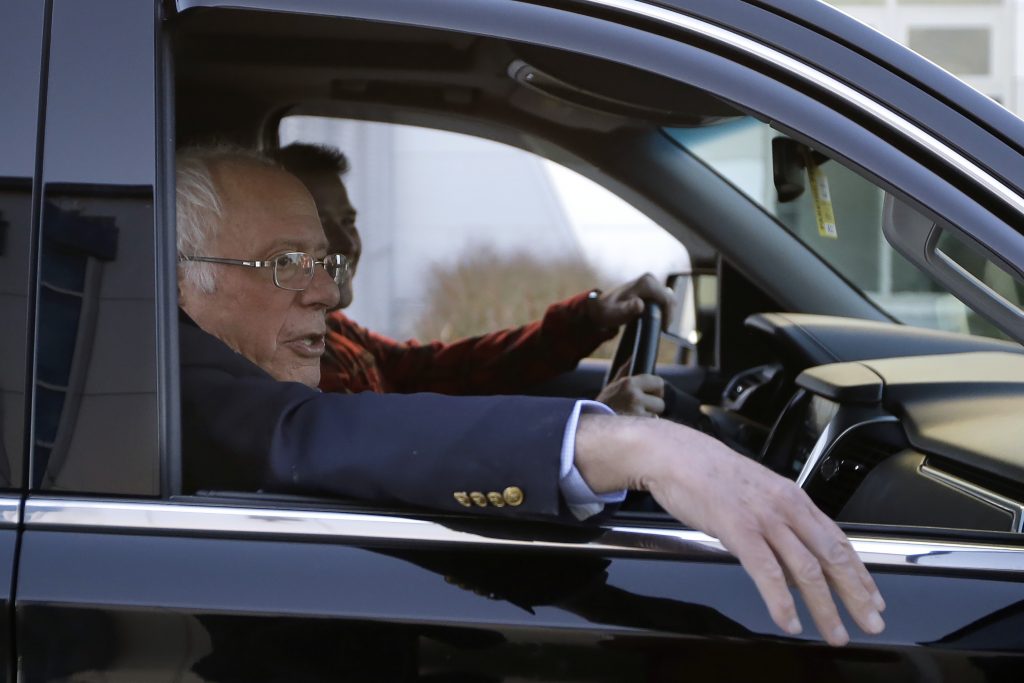 Sen. Bernie Sanders’ admission late Friday that he had suffered a heart attack three days earlier invited new scrutiny of the presidential candidate’s age, health and ability to keep up with the rigors of a national campaign.

Sanders released a video hours after he was discharged from a Las Vegas hospital, thanking well-wishers for their support and promising to return “soon” to the campaign trail.

“I’m feeling so much better,” Sanders said, his arm draped around his wife, Jane.

But neither Sanders, I-Vt., nor his campaign offered details about how serious his condition was, leaving open the question of how soon he would re-emerge and whether voters would lose confidence in his ability to serve as president.

The episode also brought new attention to a Democratic field that is currently dominated by three septuagenarians: Sanders, 78; former vice president Joe Biden, 76; and Sen. Elizabeth Warren, D-Mass., 70 – each of whom would be the oldest president ever to take office.

“I think anybody’s health is of concern when it comes to that high office,” said Jeremy Dumkrieger, chairman of the Woodbury County, Iowa, Democratic Party, who supported Sanders in 2016 but is neutral so far this year. “You know, if the person was 40 and was having some issues, I’d have concerns about it too.”

Sanders headed home Saturday to Burlington, Vermont, with no word on how long he would stay there. Jane Sanders said before his release that he would rest a “few days” but would take part in the Oct. 15 Democratic debate in Westerville, Ohio.

The campaign’s decision to wait three days to reveal that Sanders had suffered a heart attack conjured images of Hillary Clinton’s collapse in 2016 at a memorial service for the Sept. 11, 2001, terrorist attacks. Clinton, at the time the Democratic presidential nominee, had been diagnosed with pneumonia two days earlier, but her campaign did not reveal that fact until many hours after she had fainted.

Sanders aides revealed Wednesday that he had experienced chest pains at a campaign event Tuesday and had undergone a stent procedure to clear an artery blockage.

After he left the hospital Friday, his campaign released a statement from his doctors saying Sanders was diagnosed with a myocardial infarction – a heart attack. “His hospital course was uneventful with good expected progress. He was discharged with instructions to follow up with his personal physician,” said his treating physicians, Arturo Marchand Jr. and Arjun Gururaj.

Asked Friday why they waited to announce the diagnosis, Sanders campaign spokesman Mike Casca said, “We just wanted to wait until he was discharged to give out the information all at once.”

A heart attack occurs when a portion of the heart muscle is permanently damaged from a lack of blood flow, said Quinn Capers IV, an interventional cardiologist and professor of internal medicine at Ohio State University. In an interview Saturday, Capers said, “The most important thing that dictates how well somebody will do after a heart attack is how much of the heart muscle was permanently damaged.”

Capers said the length of Sanders’ hospital stay suggests a small or moderate heart attack, after which patients can live long and healthy lives – though he cautioned that he could not know for sure because he did not treat the candidate.

Age can also be a factor in recovery, Capers said.

Campaign aides have said unequivocally that Sanders will attend the Oct. 15 debate, but his campaign schedule shows no other events before then.

It was unclear how news of Sanders’ heart attack would affect his fundraising and his future campaign strategy. Before his heart attack, Sanders campaigned more aggressively than most, if not all, of his rivals. He often held multiple events per day, sometimes in more than one state.