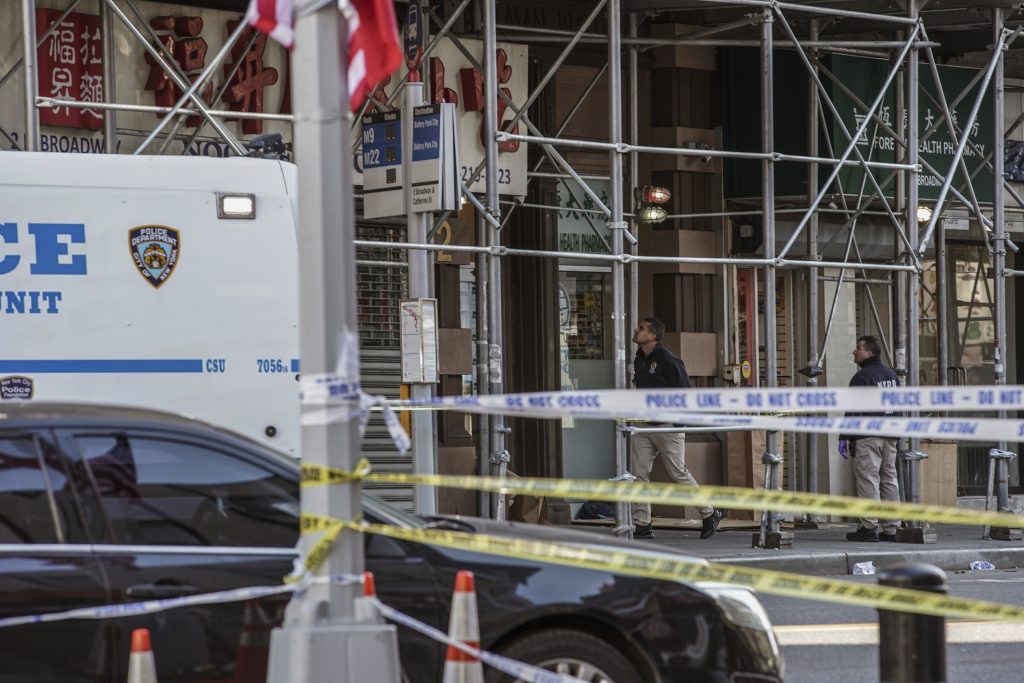 Police recovered the weapon, which was still in the suspect’s hands when he was arrested, officials said.

“The motive appears to be, right now, just random attacks,” Chief of Manhattan South Detectives Michael Baldassano said at a Saturday news conference, adding there was no evidence yet that the victims were “targeted by race, age, anything of that nature.”

Two law enforcement officials identified the 24-year-old suspect as Randy Rodriguez Santos. The officials spoke on condition of anonymity because criminal charges hadn’t yet been finalized.

Santos was taken into police custody early Saturday. Police say he has been arrested at least a half-dozen other times in the past two years, three times on assault charges. It wasn’t clear whether he had a lawyer to speak for him.

The victims, all men, were attacked as they slept in doorways and sidewalks in three different locations in Chinatown, which is packed during daylight hours but empties out at night.

Police responded to a 911 call just before 2 a.m. as one assault was in progress. They found one man dead in the street and a second with critical head injuries.

A search of the neighborhood turned up three additional bodies.

The identities of the victims have not been released.

The lone known survivor was hospitalized in critical condition. Police planned to interview him as soon as possible, Baldassano said.

New York City’s homeless population has grown to record levels over the past decade, and the homeless remain among the most vulnerable residents. In the past five years, an average of seven have been slain each year.