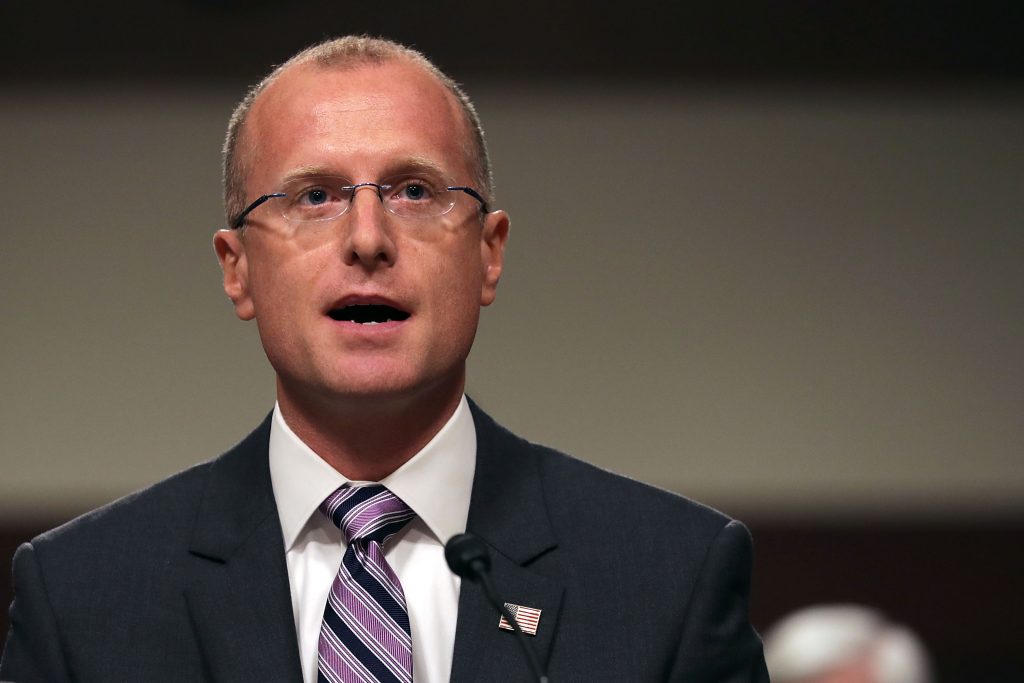 T-Mobile US Inc.’s proposed merger with Sprint Corp. has received a third “yes” vote at the Federal Communications Commission, moving the deal toward agency approval in coming days, according to two people familiar with the matter.

All three Republicans on the five-member agency have voted for the deal, setting in motion procedures that would require agency action by Oct. 9, or Oct. 16 if an extension is requested by a commissioner, the people said. Neither agency Democrat has cast a vote, and both have called for delay.

The third “yes” came from Commissioner Brendan Carr, according to the people, who spoke on condition they not be identified because the voting is conducted behind closed doors. Carr in May issued a formal statement supporting the deal.

T-Mobile and Sprint have agreed not to close their deal until after a verdict in a multistate lawsuit, where trial is set for early December. The states say the combination of national wireless carriers will decrease competition and raise prices. The deal’s backers say it will quickly bring advanced 5G networks and create a stronger rival to leaders AT&T Inc. and Verizon Communications Inc.

Groups including Consumer Reports, the Communications Workers of America union and the Rural Wireless Association in a filing Friday asked the FCC to pause its review. They said the agency needs to fully investigate its accusation that Sprint improperly accepted subsidy payments.

The FCC on Sept. 24 said Sprint had claimed payments for 885,000 subscribers, even though those people weren’t using the system. FCC Chairman Ajit Pai told the FCC’s enforcement bureau to determine the extent of the problem and propose a remedy.

The claim may slow but won’t threaten FCC approval of the merger, Matthew Schettenhelm, a Bloomberg Intelligence analyst, said in a note.