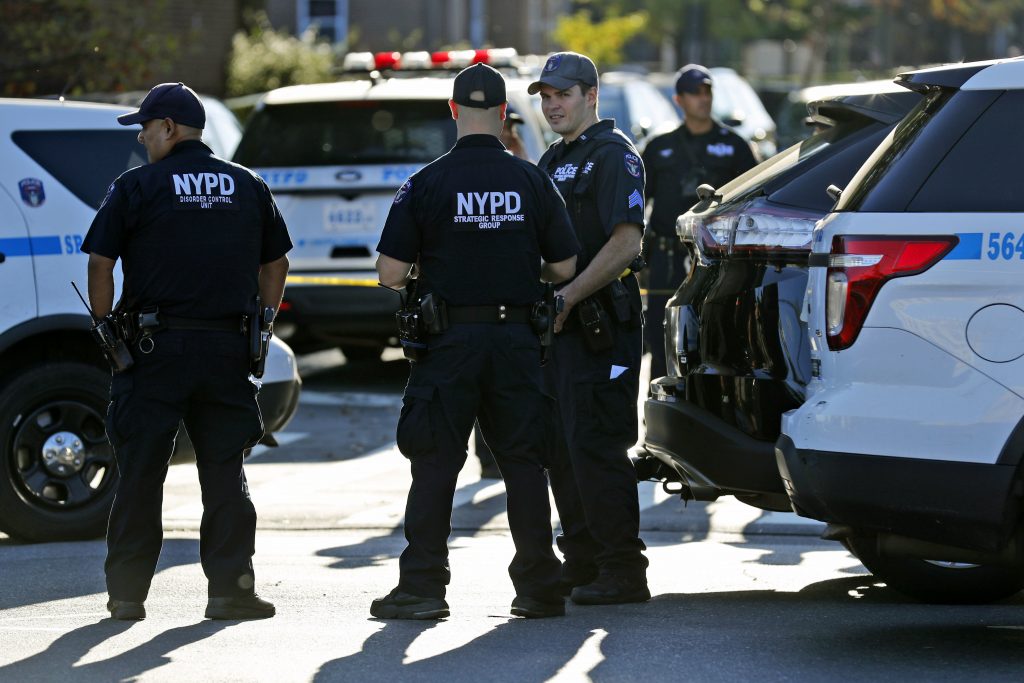 A funeral is scheduled to begin Friday morning for a New York City police officer killed by friendly fire during a struggle with an armed man.

Authorities say Officer Brian Mulkeen was fatally hit Sunday by two police bullets while wrestling with the man in the Bronx. He is the second New York City officer killed by friendly fire this year.

Mulkeen, who joined the department in January 2013, was working with a plainclothes anticrime unit when he and his partners encountered the armed man.

The man fled on foot and officers chased him. Mulkeen and the man started to wrestle.

Police have described a chaotic confrontation in which 15 shots were fired in about a 10-second span by six officers. Deputy Chief Kevin Maloney of the NYPD’s Force Investigation Division says five of those shots came from Mulkeen after the armed man reached toward his waistband.

The armed man was also killed in the gunfire.

A funeral home says Mulkeen’s funeral will begin at 11 a.m. in Monroe, New York. Mulkeen was a graduate of Fordham University’s business school and Merrill Lynch says he worked as a financial adviser for the company from 2007 to 2009. He lived in Yorktown Heights.