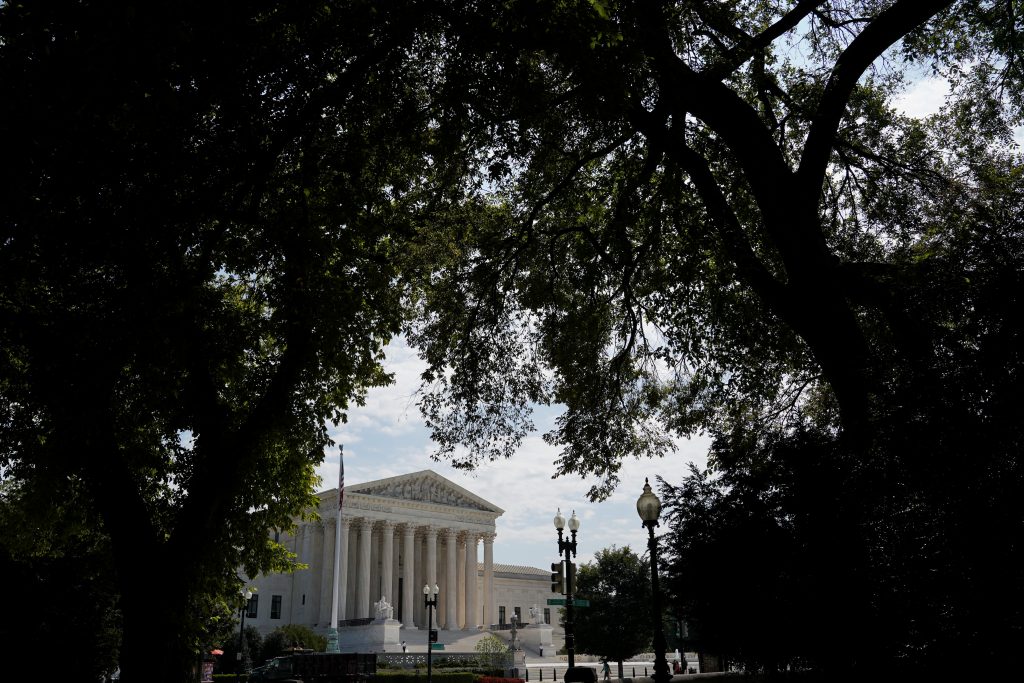 The court has moved to the right since Trump took office, with a 5-4 conservative majority that includes two justices he appointed: Brett Kavanaugh in 2018 and Neil Gorsuch in 2017.

The justices are due to tackle a larger number of consequential cases than they did in their previous term, and they could end up producing more 5-4 rulings along ideological lines with the conservative justices on the winning end and the four liberal justices in dissent, according to court experts.

There were few such rulings in the term that ended in June. In one of the biggest rulings of the last term, conservative Chief Justice John Roberts joined the four liberals in blocking Trump from adding a citizenship question to the 2020 U.S. census that opponents called an effort to intimidate immigrants into not taking part in the decennial population count.

The nine justices on Tuesday will hear their first major case: on whether all classes of people are protected by a landmark federal civil rights law that bars employment discrimination.

On Nov. 12, they will weigh the legality of Trump’s move to end a program created by his Democratic predecessor Barack Obama that protects from deportation hundreds of thousands of immigrants – mostly Hispanic young adults – who were brought into the United States illegally as children.

The court has arguments scheduled for Dec. 2 in the first major gun rights case in decade, although the justices potentially could dismiss it because the New York City law being challenged by gun rights advocates has been amended since the litigation began. Other gun-related cases wait in the wings for possible action by the justices.

‘A Vehicle to Overrule’

The court could announce as soon as this week whether it will take up two appeals regarding Republican-backed restrictions enacted in Louisiana and Indiana. If the court were to take either or both of those cases, it would raise the possibility of a ruling that curbs certain rights.

The Louisiana case concerns a challenge by a clinic to state requirements that doctors who perform procedures have a difficult-to-obtain arrangement known as “admitting privileges” with local hospitals. It is similar to a Texas law that the Supreme Court struck down in 2016, when conservative Justice Anthony Kennedy sided with the court’s liberals. Kennedy, who defended these rights in some pivotal rulings, retired last year and was replaced by Kavanaugh.

“If they take up the case they could use it as a vehicle to overrule their precedent from three years ago. That would be extraordinary. The only thing that’s different is the composition of the court,” said Julie Rikelman, a lawyer.

The court during its new term also may be called upon to intervene on issues concerning Trump’s personal conduct in office, including potential legal fights over congressional subpoenas for material in the ongoing impeachment drama in the Democratic led House of Representatives.

In 1974, the Supreme Court played a decisive role in the investigation into President Richard Nixon during the Watergate scandal, ruling 8-0 that Nixon had to hand over audio tapes recorded in the Oval Office. Facing impeachment, Nixon resigned days later.

Other disputes percolating in lower courts include lawsuits accusing Trump of violating anti-corruption provisions in the U.S. Constitution relating to his business interests. Two appeals courts have ruled on the issue so far, with one ruling for Trump and one against.

Some legal experts have said that Trump, who has prevailed at the Supreme Court on issues such as his travel ban on people entering the United States from several Muslim-majority countries, may not fare so well on cases focusing on his personal activities.

If the House approves articles of impeachment – formal charges against Trump – Roberts would assume a daunting responsibility. As required under the Constitution, the chief justice would preside over a trial in the Senate on whether to remove Trump from office.

The health of the court’s oldest justice, Ruth Bader Ginsburg, also could be an issue in the court’s nine-month term, which will culminate with a flurry of major rulings next June during the heat of the 2020 U.S. presidential campaign.

The 86-year-old Ginsburg, a justice since 1993, underwent radiation therapy in August to treat a cancerous tumor on her pancreas after having two cancerous nodules in her left lung removed last December. Ginsburg has made public appearances since her latest treatment and has said she is “on my way to being very well.”

Ginsburg’s health concerns raise the possibility of Trump making another appointment to the Supreme Court. In addition, another liberal justice, Stephen Breyer, turned 81 in August.

“I can safely predict that the new term will have a fair share of closely watched cases and I look forward to the challenges ahead,” Ginsburg said during a Sept. 12 appearance in Washington.