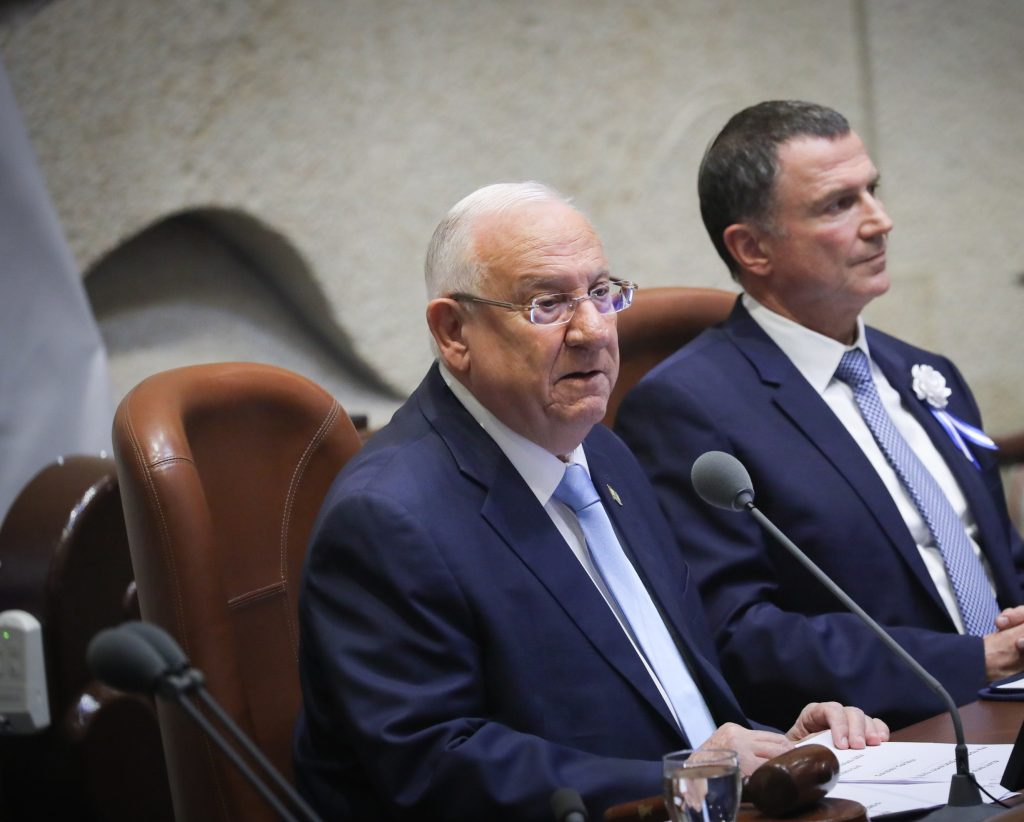 In his latest appeal for unity, President Reuven Rivlin told the opening plenum of the 22nd Knesset that the current crisis requires putting political differences aside.

“Forming a government is not only the wish of the people. More than ever, in times like these, it is an economic and security need the likes of which we have not known for many years,” Rivlin continued.

“Along with the frustration at the political deadlock we are in, the election results are also a badge of honor for Israeli society. They are a red card from Israeli citizens to their elected officials. A red card for populism, for a political system that feeds on picking away at the differences between us and that sees all our fears, each of the other, as something to exploit,” he said.