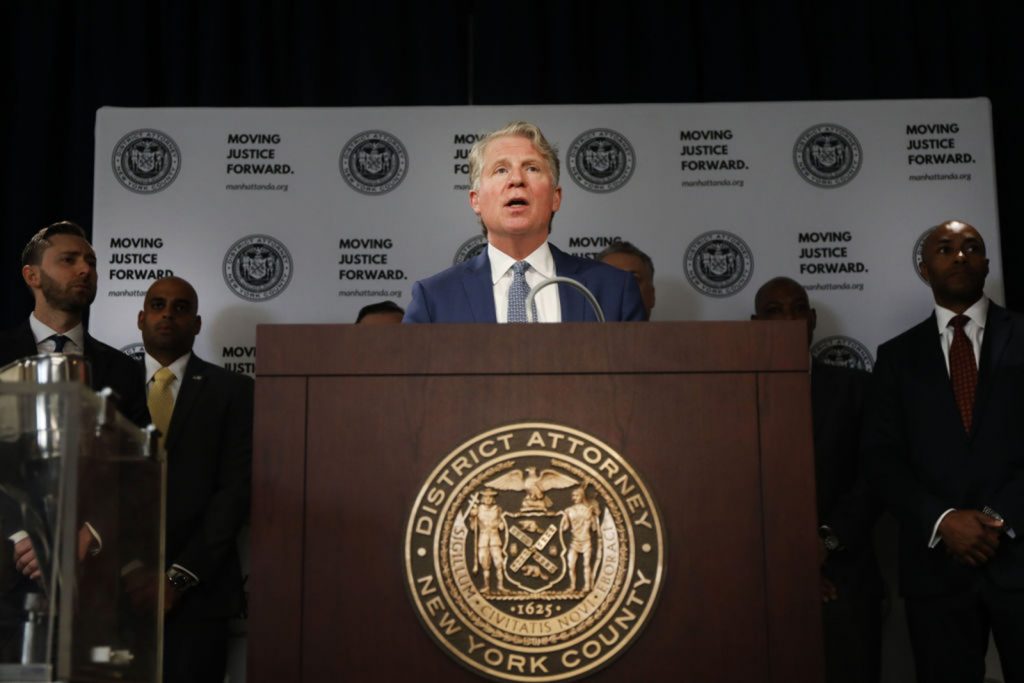 Cy Vance wants the feds to butt out of his demand for President Donald Trump’s taxes.

The Manhattan district attorney has asked a judge to reject federal prosecutors from backing Trump’s defense that he will suffer “irreparable harm” if Vance’s investigators get their hands on the president’s controversial 1040s.

Vance is investigating whether Trump violated state law by falsifying business records in connection with the hush-money payments.

In a sharply worded legal filing, Vance’s top lieutenant blasted the Justice Department’s “audacious” decision to intervene in the case on Trump’s side.

“Until quite recently and for more than a year, DOJ prosecutors in this very District conducted a highly publicized grand jury investigation into some of the very same transactions and actors,” general counsel Carey Dunne wrote to federal district court Judge Victor Marrero.

The Justice Department is now led by fierce Trump loyalist Attorney General William Barr. A spokesman for the Southern District of New York declined to comment on the filing.

Marrero is set to decide soon on Trump’s effort to block Vance’s investigation into the president’s actions.

Trump’s personal lawyers have argued he shouldn’t face criminal investigation by a state prosecutor while he’s president. He also says his taxes could be leaked by state prosecutors, charges rejected by Vance’s team.

The Trump Organization’s accountants, Mazars USA, has been hit with a subpoena from Vance to hand over years of tax records. It does not have to comply with the subpoena Marrero rules, which the judge suggested could be a matter of days.

Federal prosecutors from the Southern District of New York spent months investigating the hush-money deals, which they described as improper campaign expenditures.

They won a conviction of ex-Trump fixer Michael Cohen, who admitted paying on the orders of Trump, who was identified as Individual 1 in court papers. Cohen is serving a three-year prison sentence.

But they abandoned the case despite ample evidence that Trump and other acolytes organized the six-figure payments.