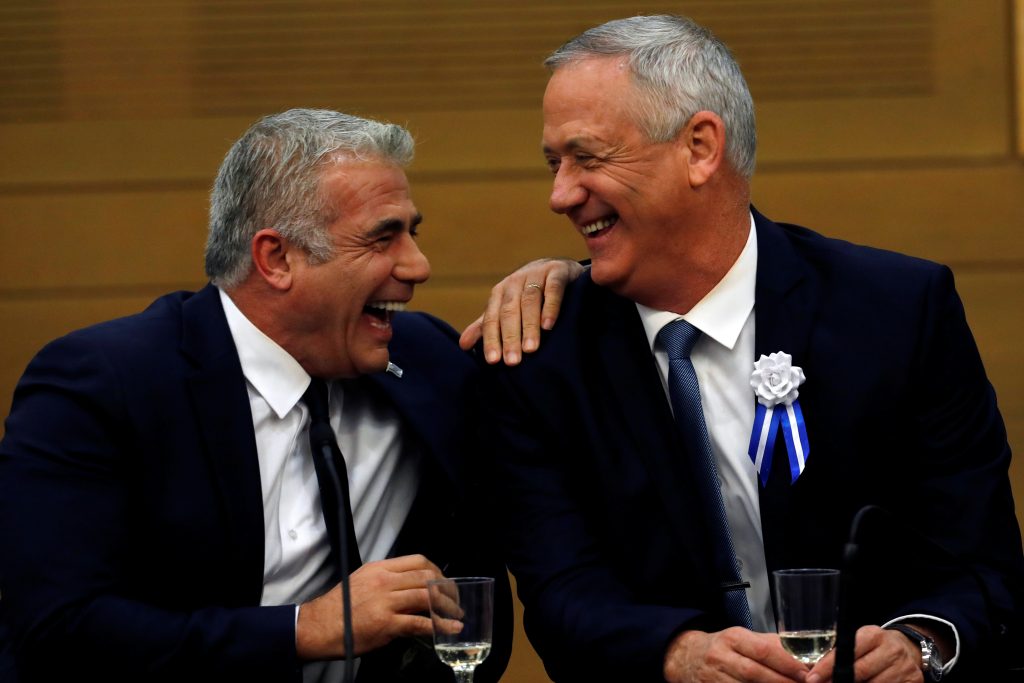 Blue and White’s number two, Yair Lapid, announced Thursday that he was prepared to forgo his rotation arrangement with party head Benny Gantz – if it would lead to a unity government. Speaking before his swearing-in as an MK at the seating of the 23rd Knesset Thursday, Lapid said that if there was a unity government, there would be no room for a third Prime Ministerial candidate. “I am doing this for a unity government,” he said at the event. “There will not be a rotation between three people, that is not realistic.”

Negotiations between the Likud and Blue ad White on a unity government had, as of Thursday afternoon, completely broken down. A meeting that had been set for Wednesday between Netanyahu and Gantz was essentially canceled by the latter, with Netanyahu blaming the cancellation on Lapid, who he said was “controlling” Gantz and working to prevent a unity government for his own interests. On Tuesday night after Rosh Hashanah, Netanyahu said that Lapid had taken advantage of the holiday break “to convince Gantz to refuse to join a unity government. It’s a sad thing,” the Prime Minister said.

In his own comments at the event, Gantz said of Netanyahu that “we don’t wish to see you convicted of crimes. I don’t want to see a prime minister imprisoned. I once again call on Netanyahu – Don’t hide behind your office, let us take over things from here.”