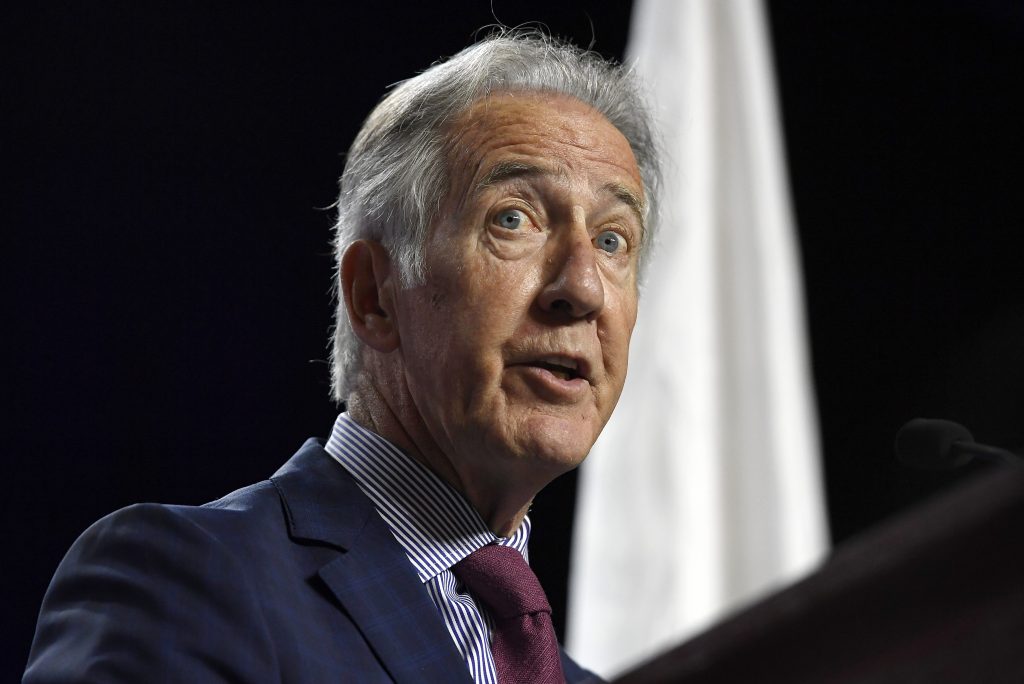 An Internal Revenue Service official has filed a whistleblower complaint reporting that he was told by at least one Treasury Department political appointee attempted to improperly interfere with the annual audit of the president or vice president’s tax returns, according to multiple people familiar with the document.

Trump administration officials dismissed the whistleblower’s complaint as flimsy because it is based on conversations with other government officials. But congressional Democrats were alarmed by the complaint, now circulating on Capitol Hill, and flagged it to a federal judge. They are also discussing whether to make it public.

The complaint has come amid the escalating legal battle between the Treasury Department and House Democrats over the release of President Donald Trump’s tax returns. Part of that inquiry from Democrats is over how the IRS conducts its annual audit of the president and vice president’s tax returns. That process is supposed to be walled off from political appointees and interference.

The existence of a whistleblower complaint was revealed in a court filing several months ago, but little about it has become public. It has not been revealed previously that the complaint pertained to allegations of interference in the audit process by at least one Treasury Department official. It has also not been previously revealed that the whistleblower is a career IRS official.

The whistleblower’s account focuses on the integrity of the government’s system for auditing the president and vice president’s tax returns.

Trump has broken decades of precedent by refusing to publicly release his tax returns. Democrats filed a lawsuit earlier this year demanding the disclosure of those filings, invoking a federal law designed to give Congress access to any tax return.

The details of the IRS complaint follow news of a separate, explosive whistleblower complaint filed in August by a member of the intelligence community. That complaint revealed Trump’s request of Ukranian leaders to investigate former vice president Joe Biden, a political rival. It has spurred an impeachment probe on Capitol Hill.

The IRS complaint has received less attention but has divided government officials.

Two administration officials have described the complaint as hearsay and suggested it was politically motivated, but they spoke on the condition of anonymity because of the sensitivity of the matter. Democrats who have reviewed it regard it as a deeply significant allegation that, if true, suggests that political appointees may have tried to interfere with the government audit process, which was set up to be insulated from political pressures.

Key parts of the complaint remain under wraps in part because of strict privacy laws that prevent the disclosure of any details related to the filing of tax returns.

People who described the complaint spoke on the condition of anonymity.

Rep. Richard Neal, D-Mass., the chairman of the House Ways and Means Committee who received the whistleblower’s complaint in July, said in court filings this summer that the complaint contains credible evidence of “potential ‘inappropriate efforts to influence’ the audit program.” Neal has also said the complaint raises “serious and urgent concerns.”

The whistleblower, a career official at the IRS, confirmed in an interview with The Washington Post this week that he had filed a formal complaint and sent it to the tax committee chairs in both houses of Congress, including Sen. Charles Grassley, R-Iowa, and to the Treasury Department Inspector General for Tax Administration on July 29.

The whistleblower would not comment on the substance of the complaint itself but focused on the importance of protecting those who come forward to disclose problems in government.

Neal has not revealed whether the whistleblower complaint is about Trump or Pence, but he said in an August court filing that the allegations “cast doubt” on the Trump administration’s contention that there is no reason for concern that IRS employees could face interference when auditing a president’s tax returns.

It is very unusual for political appointees at Treasury to ask IRS career staff about the status of an individual’s audit, according to legal experts and former IRS officials.

“Nobody at the Treasury Department should be calling to find out the status of anybody’s audit,” said John Koskinen, who served as IRS commissioner under both Trump and President Barack Obama. “For a Treasury official to call a career person – even just for information – seems to me highly inappropriate, even if it’s just checking in on how it’s going.”

Neal told Bloomberg he is consulting with legal counsel about whether to release the whistleblower complaint.

The chairman has “been almost entirely silent about the whole matter” related to the whistleblower in private meetings of the Democrats on the Ways and Means Committee, according to one lawmaker who spoke on the condition of anonymity to discuss internal deliberations.

The whistleblower said that Treasury investigators, and presumably the inspector general, were aware of his complaint. “I brought my concerns to my supervisors, who advised me to report the matter to the appropriate people with investigatory authority,” he told The Post.