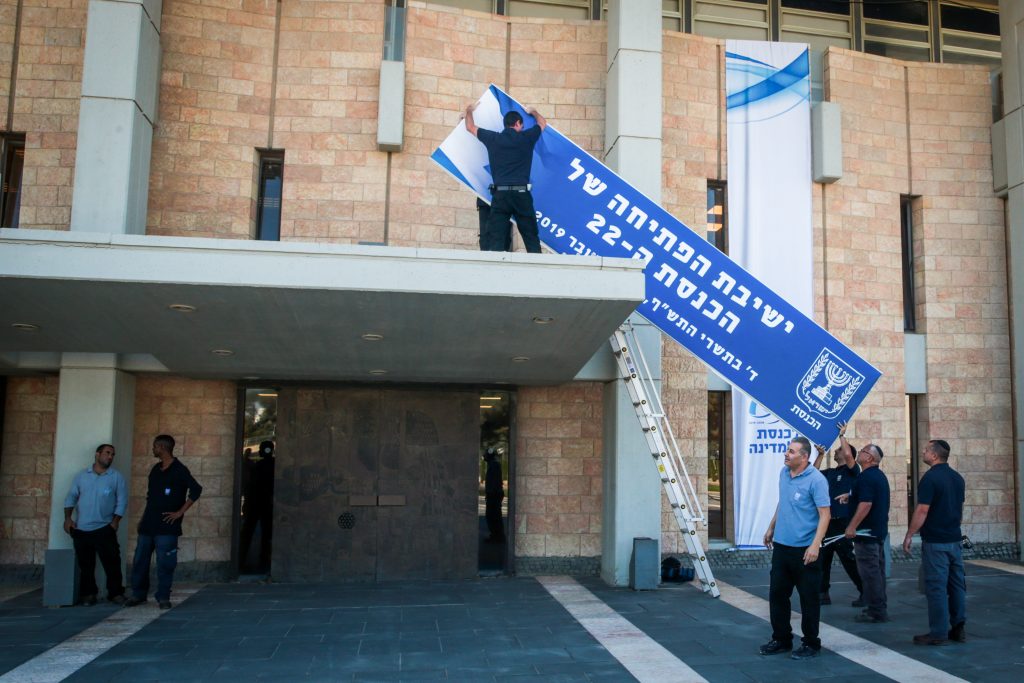 Despite the lack of a fully functioning executive branch, Israel’s legislative branch is expected to be operating more or less normally after a swearing-in ceremony on Thursday.

The Likud and Blue and White parties have managed to reach agreement on appointments to Knesset committees, even while the larger question of prime minister and ministerial portfolios remain in limbo, according to Israel’s Channel 12.

Under normal circumstances, the committee chairmanships are apportioned after a coalition has been formed; but the interim arrangement is intended to allow legislative work to proceed.

According to the report, Likud will chair the House Committee while Blue and White gets the Foreign Affairs and Defense Committee, to be headed by former IDF chief of staff Gabi Ashkenazi. United Torah Judaism MK Rabbi Moshe Gafni is to resume his position as chairman of the Finance Committee.

In another anomaly, the vote for speaker of the Knesset, customarily held at the start of a new session, will be held in abeyance until a new government is formed. Meanwhile, Yuli Edelstein (Likud) will continue as speaker, The Times of Israel quoted Knesset officials as saying.