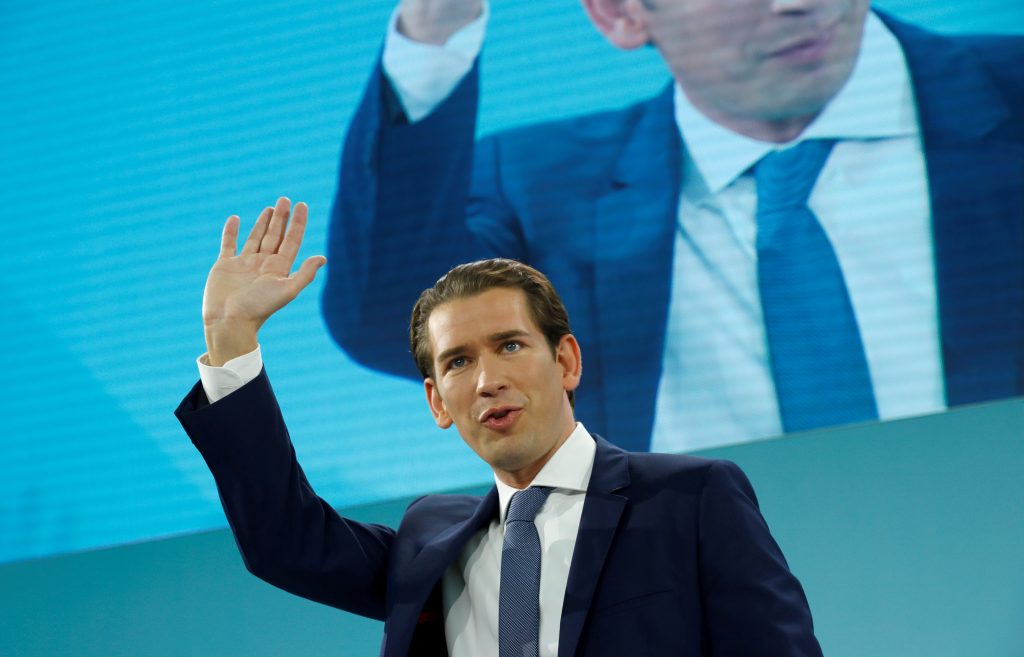 Austria’s conservative ex-Chancellor Sebastian Kurz looked set for a major election victory Sunday in a snap poll called after his coalition government with the far-right Freedom Party collapsed in May.

The Freedom Party was forecast to lose 10 percentage points and get 16%, a sign that voters were punishing the party for a video that showed its long-time leader, Heinz-Christian Strache, appearing to offer favors to a purported Russian investor.

The center-left Social Democrats was projected to lose 4.9 percentage points and receive 22%, its worst results since World War II.

The Alpine country of 8.8 million has been run by a non-partisan interim administration since June, after the video was released.

About 6.4 million Austrians aged 16 and older were eligible to vote, with pre-election polls forecasting a strong victory for Kurz.

The 33-year-old will have to choose whether his conservative People’s Party will form a fresh coalition with a chastened Freedom Party or team up with the Social Democrats.

“To go back to the Freedom Party, in the current situation this would be very difficult,” said Peter Hajek, a political analyst, but added that “the chemistry with the Social Democrats just doesn’t work.”

The Social Democrats, which have led many of post-World War II Austria’s governing coalitions, have failed to capitalize on the government’s collapse under leader Pamela Rendi-Wagner.

Hajek said other options could see Kurz team up with the environmental Greens, who were forecast to get 14.3% of the vote, and the pro-business Neos, who were expected to get 7.4%. A coalition with just the Greens would also be possible.