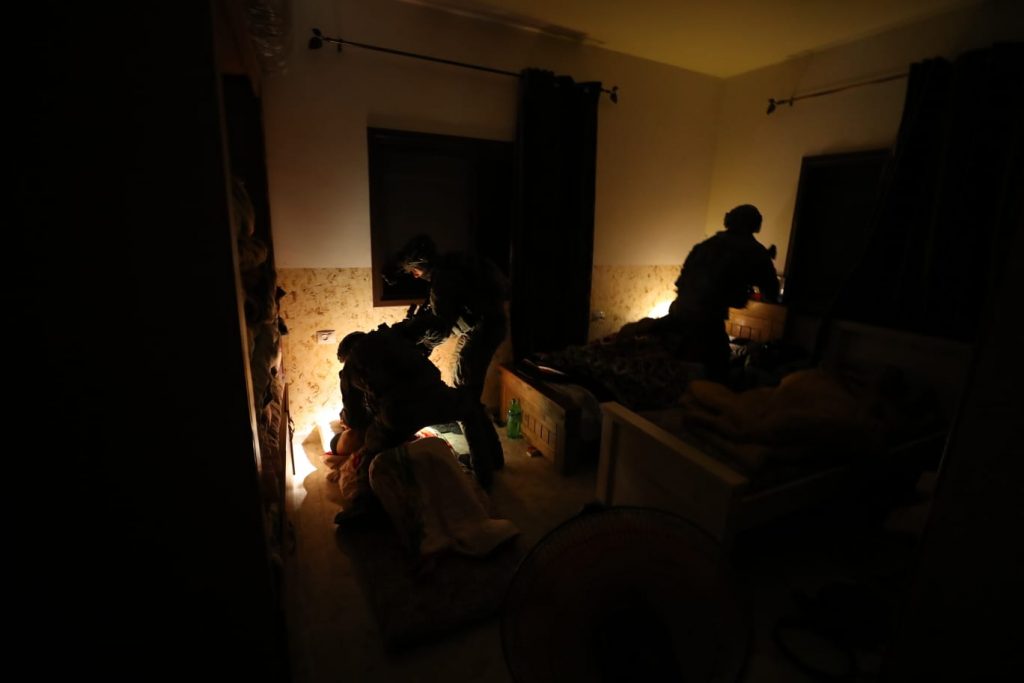 Security forces have in recent days arrested the terrorists responsible for the murder of Rena Shnerb, Hy”d, at a spring near Dolev in August, it was released for publication over the weekend. The arrests of the terrorists, who are associated with the Popular Front terror group, was made by a joint task force of IDF soldiers, Shin Bet agents, and Israel Police officers.

The terrorists were named as 44-year-old Samar Mina Salim Arbid, a resident of Ramallah and a top Popular Front terrorist in the Ramallah area. He has been arrested and served prison sentences for security crimes, including leading riots and building firebombs during the second intifada. He built and planted the bomb that was planted at the Danny Spring outside Dolev, killing Rena Shnerb and injuring her father, Rabbi Eitan Shnerb, and brother, Dvir Shnerb. Arrested along with Arbid were Kassam Shabli, 25, Yazan Majamas, 25, and Nazam Mahmad, 21, all active in the Popular Front terror group. Rena Shnerb was killed when a bomb that was planted near the spring exploded. The bomb was planted by the terrorists and set off by remote control.

Blue and White party head Benny Gantz on Motzoei Shabbos congratulated security services, saying that “tonight we were again reminded that security forces work non-stop to protect us, and will find and capture all terrorists.” MK Uzi Dayan (Likud) also expressed his congratulations to security services, adding that “now is not only the time to bring these terrorists to justice and punish them fully, but also to demolish their homes, as well as the homes of family members and acquaintances who helped them. Let the new year be a year of a war against terror.”

Binyamin Council head Yisrael Ganz called on all Israelis to visit the region “as our eternal answer to terror. Take advantage of the holiday season to visit the Danny Spring and other sites in this beautiful part of the land of the Tanach.”