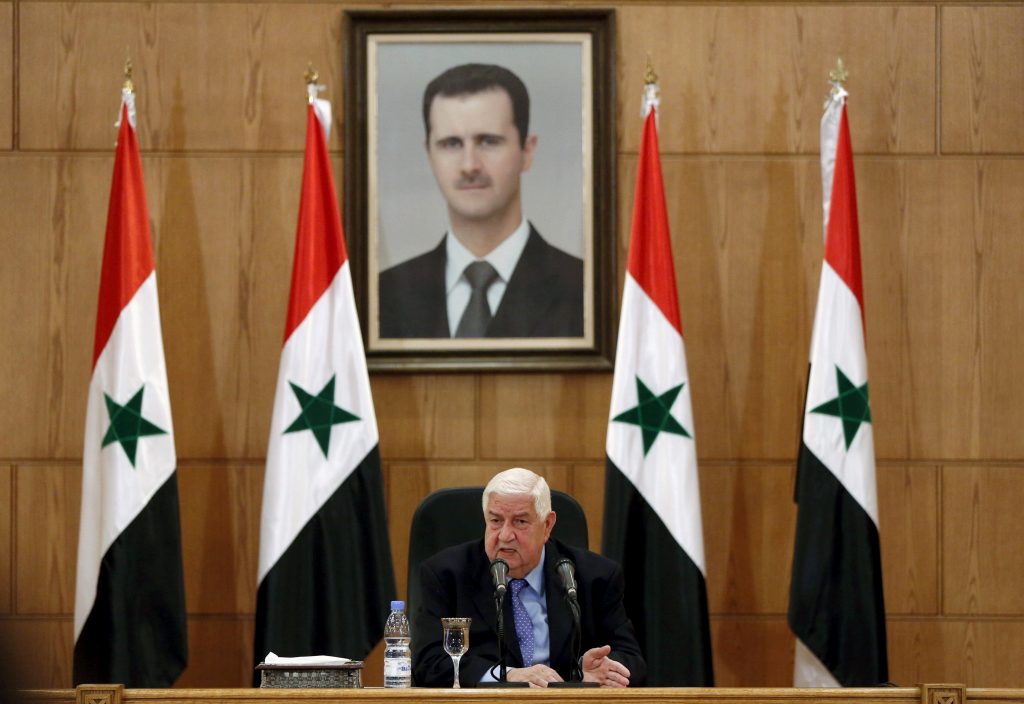 Syria‘s Foreign Minister Walid al-Moualem on Saturday demanded an immediate withdrawal of all U.S. and Turkish troops from his country and warned that Syrian government forces had the right to take countermeasures if they refused.

“Any foreign forces operating in our territories without our authorization are occupying forces and must withdraw immediately,” al-Moualem said during an address to the annual gathering of world leaders at the United Nations in New York.

“If they refuse, we have the right to take any and all countermeasures authorized under international law,” he said.

President Donald Trump last year ordered the complete withdrawal of U.S. troops from Syria – only to later be convinced to leave some forces behind to ensure that Islamic State terrorists cannot stage a comeback.

The U.S. intervention in Syria began with air strikes in September 2014 under Trump’s predecessor Barack Obama.

While Syria did not approve a U.S. presence there, the Obama administration justified the military action under Article 51 of the U.N. Charter, which covers the individual or collective right of states to self-defense against armed attack.

“The United States and Turkey maintain an illegal military presence in northern Syria,” al-Moualem said, describing U.S. and Turkish efforts to create a “safe zone” inside Syria as a violation of the U.N. Charter.

Turkey plans to build homes to settle 1 million Syrian refugees in the zone.

The United States and Turkey have started joint land and air patrols along part of Syria‘s border with Turkey, but Ankara remains angry with Washington’s support for the YPG, which has been a key U.S. ally in fighting Islamic State in Syria.

A crackdown by Syrian President Bashar al-Assad on pro-democracy protesters in 2011 led to civil war, and Islamic State terrorists used the chaos to seize territory in Syria and Iraq.

Assad’s forces have been backed by Russian air power and have been waging an offensive in the Idlib region in the country’s northwest, the last major chunk of territory still in rebel hands after more than eight years of war.

Western states have accused Russian and Syrian forces of targeting civilians in northwest Syria, a charge they deny. They say they are targeting terrorists.

“We are determined to continue our war against terrorism in all its forms until rooting out the last remaining terrorist,” al-Moualem said.