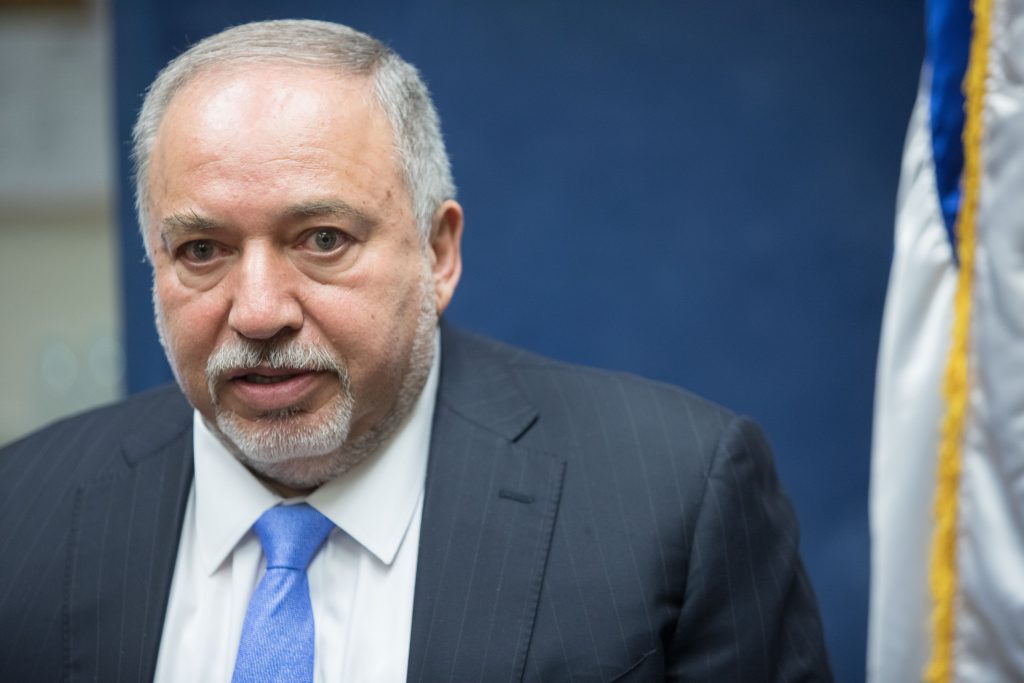 Despite estimations even within his Likud party that the formation of a government under current circumstances is a near-impossible task, Binyamin Netanyahu is trying anyway – and a report in Maariv Friday says that the prime minister has been speaking to Avigdor Liberman in order to get his support for a right-wing/religious coalition. The price: A rotation agreement that would put Liberman in the Prime Minister’s Office.

The report said that the offer was actually an informal one, and has not been officially presented to Liberman. With that, the report said, the Likud officials who spoke with the Yisrael Beytenu party leader are “well-connected and have a good relationship with Netanyahu.” The officials at this point were feeling out the possibility of such a deal, preferring to keep it off the record in order to ensure they could deny it was ever offered if something went wrong, the report said.

It added that Netanyahu would personally ensure that all Likud ministers and institutions worked with Liberman, and that essentially he would emerge as de-facto head of the party in the event that Netanyahu needed to step down due to the legal issues he faces.

Maariv said that it was unable to get a reaction from Liberman, who on Thursday night married off his son, an observant Jew, who was married under the auspices of the Chief Rabbinate. However, the report said, it appeared “unlikely” that Liberman would go for such a deal.

In a radio interview Thursday, Avigdor Liberman seemed to soften his stance on demanding a unity government without the chareidi parties, expressing interest in speaking with Netanyahu about joining a coalition he would lead. “We are ready to talk on condition that the Likud ask to speak with us directly and openly, not behind the scenes, as has been the case until now.” Liberman, too, is interested in speaking only with the Likud, and not its other potential coalition partners, he told the Reka news network in a Russian-language interview.

Liberman also stressed that he was not working with Blue and White’s Yair Lapid to force a secular unity government. “That is fake news from the Likud. I have spoken to Lapid maybe three times since the beginning of 2019,” he added.