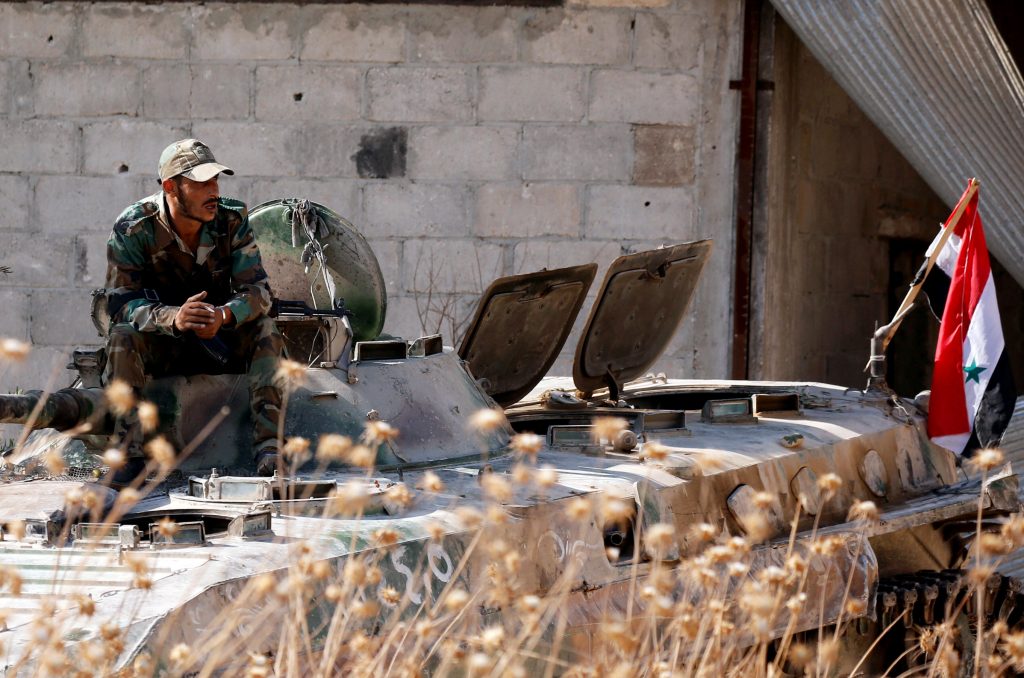 Preparations by Turkey and the United States on a safe zone for refugees in northeastern Syria are on schedule, Turkish President Tayyip Erdogan was quoted as saying on Friday after previously accusing Washington of stalling.

The two NATO allies started joint land and air patrols along part of Syria’s border with Turkey. Ankara wants Washington to clear the Syrian Kurdish YPG militia from a 300-mile-long (480-km) border area, and Erdogan warned that Turkey would act unilaterally if the group was not removed.

U.S. support for the YPG, a key U.S. ally against Islamic State in Syria, has angered Turkey. Ankara considers the YPG a terrorist organization.

Speaking to reporters on his return flight from the United Nations General Assembly in New York, Erdogan was quoted by broadcaster NTV as saying, “Scheduled efforts are under way. As the schedule is moving along, all our preparations along the border are also complete.”

“Upon returning [to Turkey], we will hold evaluations … on what sort of steps to take and implement them … because Turkey is not a country that can be stalled,” he said.

At a briefing on the sidelines of the U.N. General Assembly, U.S. Special Envoy to Syria James Jeffrey told reporters that Washington was moving “faithfully and as rapidly” as possible, but warned against unilateral action in the region.

“We’ve made it clear to Turkey at every level that any unilateral operation is not going to lead to an improvement in anyone’s security,” Jeffrey said. “The Turks have an option of course to act militarily.”

“We worked up a safe zone proposal with everybody involved, that has the YPG pulling back its forces and its heavy weapons various distances depending on the location and the kind of activity,” Jeffrey said, adding that the YPG would also get rid of its fortifications in certain areas.

The YPG-led Syrian Democratic Forces has said it will pull back up to 8.7 miles (14 km) in some areas, but Turkey says the United States agreed that the safe zone should extend 18.64 miles (30 km) into Syria. Erdogan has said up to 2 million Syrian refugees could return to that area.

In an interview with Reuters prior to his trip, Erdogan said that while at the United Nations he would discuss with U.S. President Donald Trump the safe zone and the possibility of buying U.S. Patriot defense systems.

The two leaders instead held a telephone call last week and met at a reception in New York on Wednesday, Erdogan said on Friday, but did not elaborate, according to NTV.

Ties between Ankara and Washington have been strained over a host of issues, including conflicting policies in Syria and the threat of possible U.S. sanctions over Turkey’s decision to buy Russian S-400 missile defense systems.

Washington has expelled Turkey from its F-35 jet programme over the deal and has not ruled out sanctions, despite Trump’s sympathetic comments.

On Friday, Erdogan said he had proposed to Trump that Turkey buy U.S. Patriot defense systems at terms similar to Turkey’s deal for the S-400 systems.

“We cannot say the F-35 issue is fully resolved yet, but I made my proposal to them,” Erdogan said.

“I said to Mr Trump, ‘We can buy Patriots from you alongside the S-400s,’ and he said, ‘If you’re serious, let’s work on this.’ I made a serious offer,” he was quoted as saying.

Erdogan also said it was impossible for Turkey to stop its oil and natural gas procurement from Iran despite the threat of U.S. sanctions and that trade with Iran would continue. He said Turkey did not fear U.S. sanctions.

Turkish markets have been watching Erdogan‘s trip closely for any signs that a meeting between the NATO allies could dispel the threat of U.S. sanctions over the S-400 deal.

On Tuesday, CNN Turk reported that the U.S. ambassador to Ankara recently gave a presentation at the presidential palace about a possible free-trade accord that would include Turkey’s participation in the F-35 programme as well as the Patriot purchase.

However, asked about the possible accord, Erdogan said on Friday that the two countries had not discussed the details of such an agreement, and he added that this was an issue between the Turkish and U.S. trade ministries.