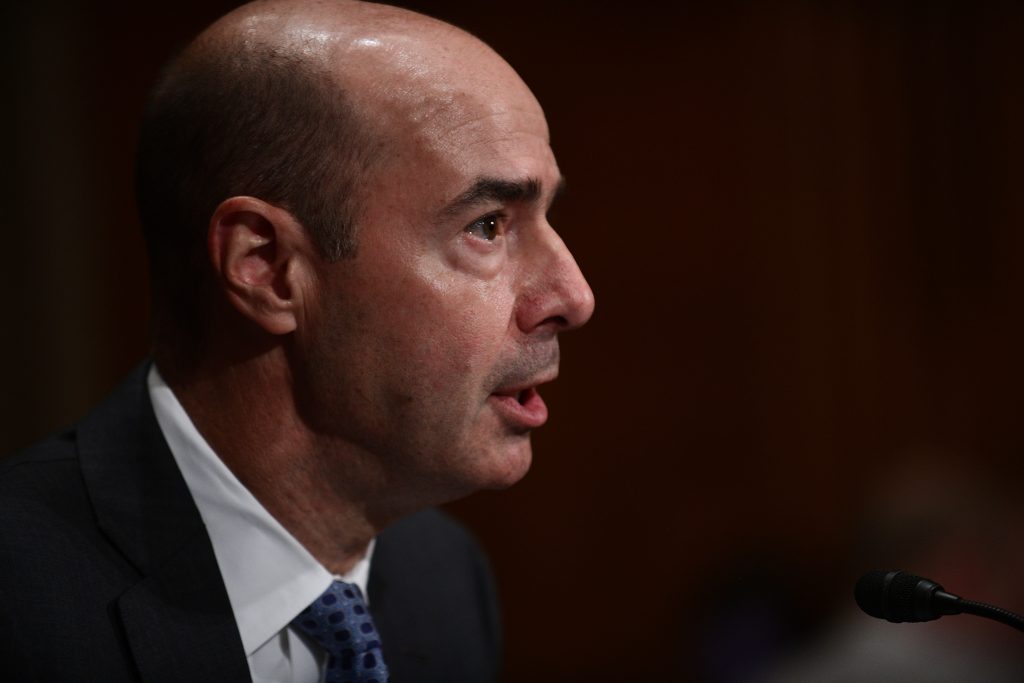 The Senate on Thursday confirmed Eugene Scalia to succeed Alex Acosta, the former labor secretary who resigned in July.

Scalia is a partner at the Washington law firm Gibson Dunn, where he has represented companies such as Walmart, Ford, UPS and others in workers rights claims. He is also the son of the late Supreme Court justice Antonin Scalia.

Scalia was confirmed Thursday on a 53-to-44 vote.

Democrats have argued that Scalia’s record as a corporate lawyer has shown him to be “anti-worker.” In remarks on the Senate floor Thursday morning, Senate Minority Leader Chuck Schumer, D-N.Y., contended that Scalia fought to protect the interests of chief executives and the wealthy elite and opposed worker protections throughout his career, describing his nomination by President Donald Trump as a “disgrace.”

“This guy shouldn’t even make it for secretary of commerce, let alone secretary of labor, which is supposed to protect and defend the working people of America,” Schumer said.

Richard Trumka, president of the AFL-CIO, the country’s largest federation of labor unions, called Scalia a “lifelong union-buster” and said his nomination goes against Trump’s campaign pledge to stand on the side of workers.

“It’s insulting, it’s dangerous, and workers are not going to forget it,” Trumka said on a call with reporters Thursday morning.

During his confirmation hearing earlier this month, Scalia argued that he has advocated for workers. He noted that during a stint as the Department of Labor’s chief lawyer during the George W. Bush administration, he had advocated for poultry workers who were not getting paid for their time dressing in safety gear before work.

He also said he believed that labor unions were “among the most effective advocates you will see for workplace safety and health” and that it was “fundamental” that workers have the ability to choose whether to opt into a union.

The hearing also shone a spotlight on some of Scalia’s past writings, including some op-eds he wrote as a student at the University of Virginia in the 1980.

In response, Scalia noted how much time had passed since 1985 but eventually said he wouldn’t make the same type of statements again.

Trump has hailed Scalia as “one of the finest minds and lawyers in Washington” who has “had a fantastic career.”

“His father, as you know, was the great, great, great Supreme Court justice,” the president told reporters last month. “Even the people with not his views would say he was a great gentleman, a great man.”