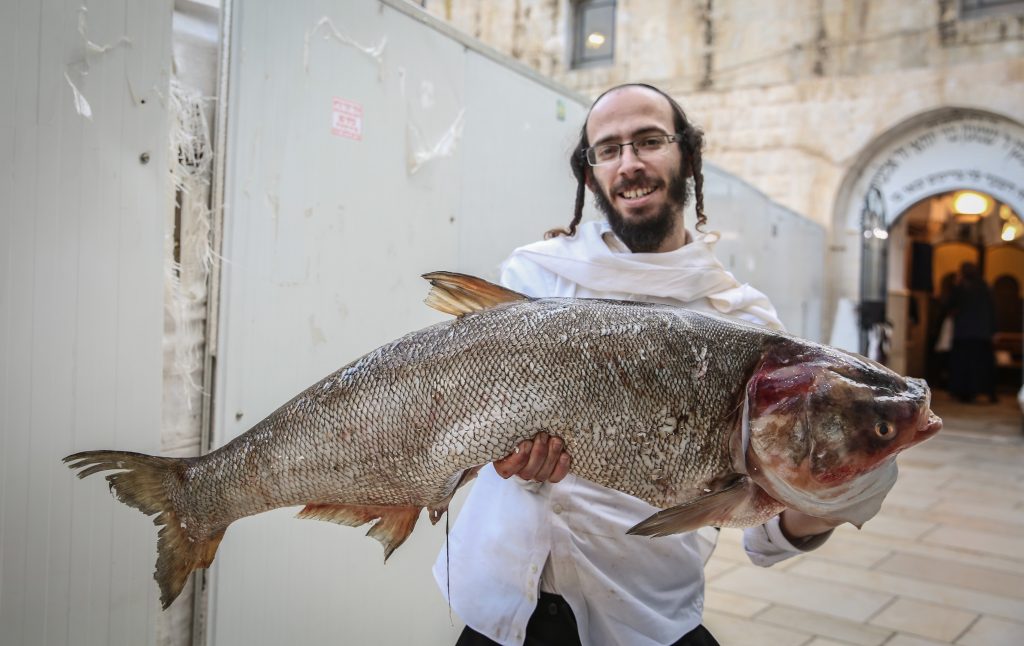 Fish is a favorite food for Rosh Hashanah, and fish consumption figures during the period of the Yamim Nora’im and Sukkos jump during the chagim period. On average, Israelis eat 3.5 pounds (1.6 kilos) of fish a month, a figure that increases to 4.6 pounds (2.1 kilos), much of it sold in the days before Rosh Hashanah.

In 2018 Israel imported a total of 172,000 tons of fish, representing 85% of all fish sold in the country, Agriculture Ministry officials said Thursday.

Of the home-produced [Israeli] fish, much of it is “farmed” in pools on and off-shore and Israelis are expected to eat 1,600 tons of that fish. Ministry officials said that that represents a 50-ton increase over the figures for the same holiday period last year. Of the locally produced fish consumed, carp is king, with over 600 tons sold during the holiday period, followed by tilapia (600 tons), sole (200 tons), and bass (150 tons).

A poll by the Israel Fish Growers Association indicates that 52% of customers prefer fresh over frozen fish, a figure that explains the increase in the amount of Israeli-grown fish available, as almost all imported fish is frozen. The poll also shows that 75% of Israelis eat fish once a week at least, while 72% prefer to purchase filleted fish over whole fish.