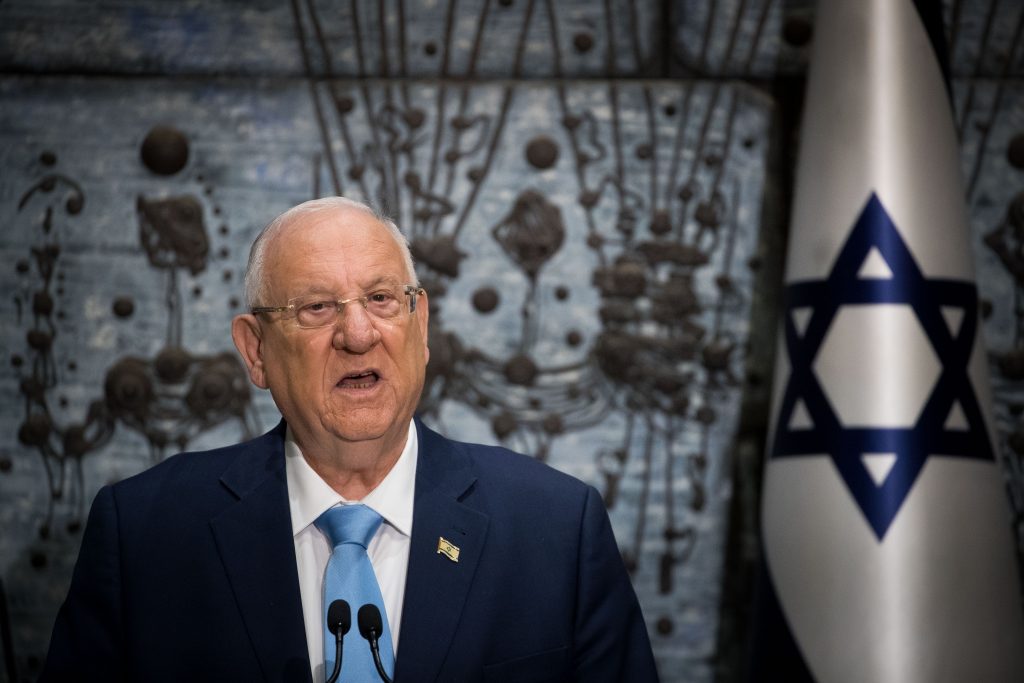 There were indications on Thursday evening that a novel proposal from President Reuven Rivlin to break the political impasse has found some acceptance in Benny Gantz’s Blue and White party, just a day after they rejected it.

Rivlin suggested passing a law to allow a prime minister to suspend himself temporarily while facing an indictment on criminal charges and that a deputy prime minister would take over with full powers until the legal problems are resolved.

“Rivlin’s idea is not a bad place to start,” a senior source in Blue and White was quoted as saying by The Jerusalem Post.

In fact, Gantz was heard on a recording making essentially the same proposal six months ago, that was broadcast before the April election.

However, while Blue and White might be amenable to the idea, it will make acceptance conditional on the Likud detaching itself from the right-wing and chareidi parties, according to the Kan broadcaster. Since Prime Minister Binyamin Netanyahu has said repeatedly this week that he is sticking by his partners, the condition, unless abandoned, would block the path to a unity government.

The two sides are scheduled to meet for more talks on Friday.