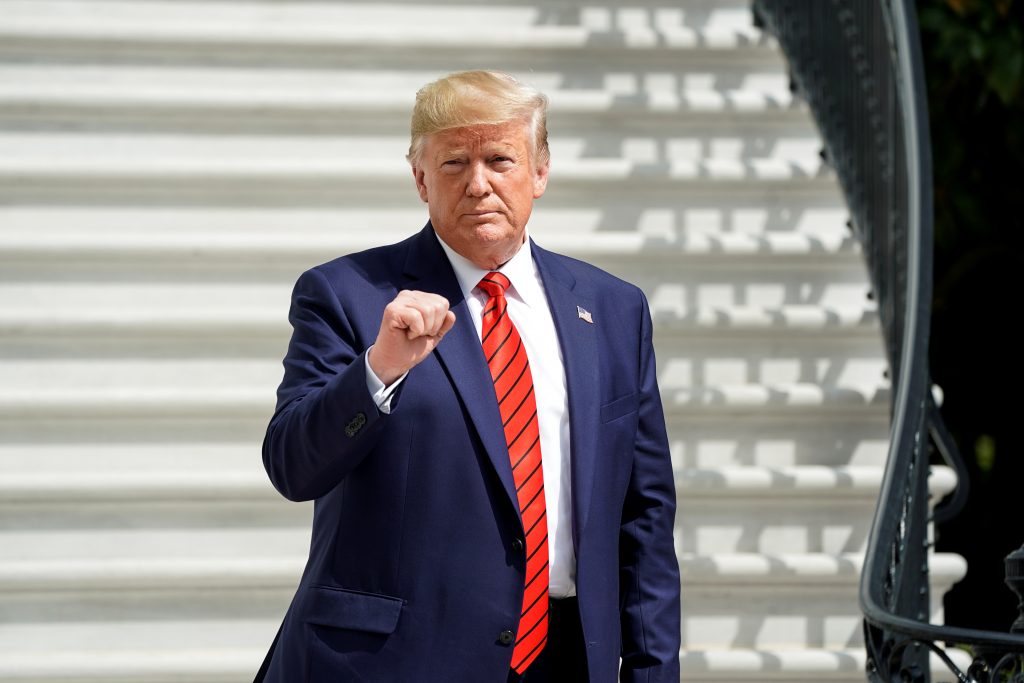 Speaker Nancy Pelosi said Thursday that a whistleblower’s complaint at the center of the House’s impeachment inquiry shows that President Donald Trump was engaged in a cover-up.

Pelosi read from the declassified complaint, which alleges the White House tried to “lock down” details of Trump’s call with Ukraine’s new president after he asked him to investigate Democratic presidential candidate Joe Biden.

The speaker called it a “sad week” in which she changed course and moved forward with a formal impeachment inquiry of the president.

“This is nothing that we take lightly,” she said.

As the House plunges into an impeachment inquiry, Republican leaders largely stood silent in the face of new details about the White House role in shielding the president’s conversation from public view.

Senate Majority Leader Mitch McConnell opened the chamber without mentioning the whistleblower’s complaint and declined to engage when reporters asked about it in the halls.

The House Republican leader, Rep. Kevin McCarthy of California, defended the White House decision to “lock down” the details of Trump’s call with Ukrainian President Volodymyr Zelenskiy by putting it on a separate computer system.

“Could I see why you’d want to put it on a more secure server?” McCarthy asked. “I think in the world of technology today, yeah, people should secure what’s going forward.” The defense of the separate computer system at the White House was striking for Republicans who joined Trump in pursuing information on Hillary Clinton’s use of a private server during her time as secretary of state.

Yet while some Republicans defended the president, there were signs of concern in the restraint being shown by others.

The complaint released Thursday morning alleges that Trump abused the power of his office to “solicit interference from a foreign country” in next year’s U.S. election. Trump has denied doing anything wrong.

In the nine-page complaint, the unnamed whistleblower acknowledges not hearing the president’s call first-hand, but says he or she received information about it from “multiple U.S. officials.”

Much of what the whistleblower recounts from the president’s July 25 call tracks with a transcript released Wednesday by the White House.

Trump and Republicans have raised doubts about the whistleblower.

Sen. Chuck Grassley (R-Iowa), said, “I wouldn’t want to make too quick of a conclusion when you’re reading something that somebody heard somebody else say second-hand or third-hand.”

Pelosi said the information about the president’s call “removed all doubt that we should move forward.” The president, she said, “betrayed his oath of office, our national security and the integrity of our elections.”