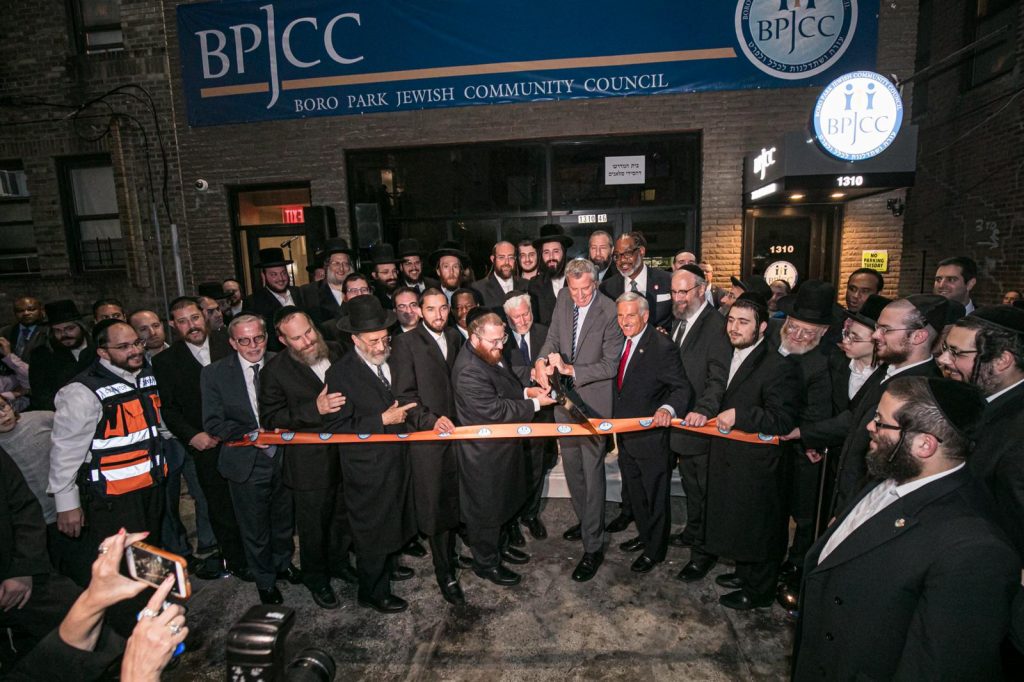 Right before the ribbon-cutting at the new center, Councilman Kalman Yeger received a singular honor. The BPJCC presented the councilman with the much-deserved Community Leadership Award by Mayor de Blasio and Rabbi Greenstein.

“The Grand Opening event,” says Rabbi Greenstein, “is a monumental step for all of Boro Park. The extraordinary success of the evening opens new doors of opportunity and has inspired our devoted staff here at the BPJCC to further their efforts in doing whatever it takes to help the people of Boro Park every day.”