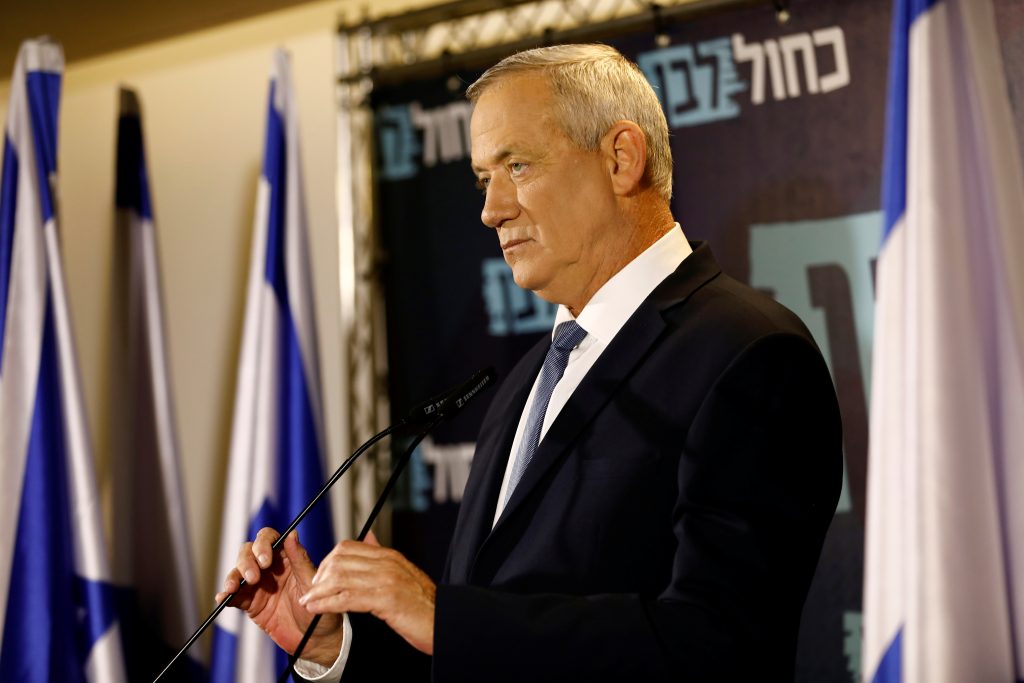 Fresh from their failed unity talks, Israeli Prime Minister Binyamin Netanyahu‏‏ and Blue and White leader Benny Gantz resumed their public sparring on Thursday, each accusing the other of negotiating in bad faith.

Netanyahu repeated his call on Gantz to join a unity government with his Likud party while accusing him of seeking to split the Likud and its right-wing and religious allies.

“We agreed to consider the president’s compromise arrangement,” for a power sharing agreement, which Gantz turned down, Netanyahu told a Likud crowd on Thursday evening.

Referring to the demand for Likud to jettison its partners in negotiations, he said:

“But on the other side [Blue and White], they have all kinds of ideas… at the beginning, they thought they could break up the nationalist camp, splitting us from our allies. That didn’t happen…The cooperation between us is stronger than ever. So now what does the other side think? What do they imagine they can do? Now they think that they can break up the Likud,” the prime minister was quoted saying in media reports, referring to speculation that while Gantz refuses to join a Netanyahu-led government, he would be open to one led by someone else from Likud.

“Now I say to you: Benny, the ball is in your court now. I know that you have all kinds of advisers telling you to do this or that, but sometimes the right thing to do is the simple thing. Get up and do something – demonstrate responsibility and join a unity [government].”

In response, Blue and White claimed that “Netanyahu doesn’t want unity — he is again dragging the country to superfluous elections and on the way is threatening wars.” This was apparently referring to Netanyahu’s argument the night before that a unity government is vital because, among other things, the country needs to address growing threats to its security.

“The citizens of Israel aren’t buying the bluff,” the party said.

Gantz called on Netanyahu to return to the negotiating table without preconditions.

“No spins, no roadblocks,” said Gantz. “I call on Likud to have a conversation about the essential issues. I am optimistic and believe that unity can be achieved.”