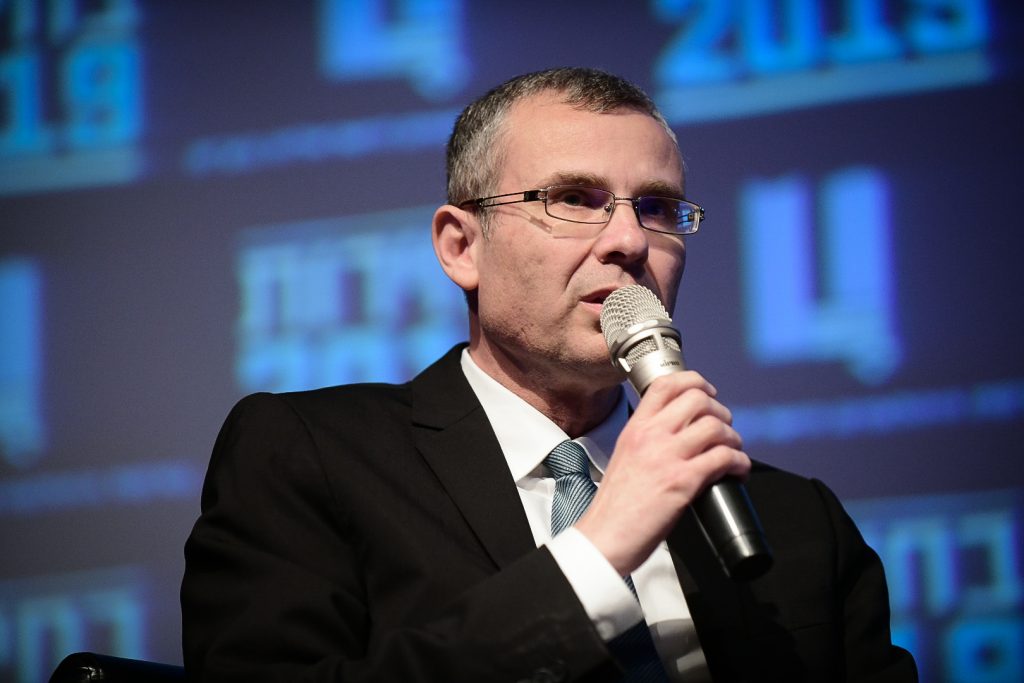 The Likud is prepared to accept a plan proposed by President Reuven Rivlin to break the logjam in the efforts to form a unity government – but “at this point it appears that a third election is more likely than the unity government proposed by the president,” Minister Yariv Levin, who heads the Likud’s negotiating team, told Army Radio Thursday. “We are prepared and we want to conduct negotiations on the basis presented by the president. The direction he has indicated is the right one.”

On Wednesday night, Rivlin appointed Prime Minister Binyamin Netanyahu to appoint a new government, but even as he made the announcement, he said that he was aware that Netanyahu’s efforts would almost undoubtedly fail. The best chance for a government was a unity government, and he later discussed his idea with Netanyahu and his rival, Benny Gantz. Under the proposal, both the Likud and Blue and White would join a unity government, along with other partners who wished to join, with each bloc getting an equal number of ministers.

In addition, the Knesset would change a law relating to temporary absences of prime ministers, increasing the amount of time a prime minister can take off before returning to office beyond the current 100 days, as well as expanding the powers of acting prime ministers.

Despite the fact that Blue and White would come out ahead in this deal, the Likud was in favor, Levin said. “This would be a major concession by the Likud, because in practice, Blue and White, which would have fewer members in its bloc, would get the most ministers,” since the Likud is responsible for negotiating on behalf of Yemina, United Torah Judaism and Shas as well – all of whom would expect ministries for joining even a unity government.

Despite that, “we are prepared to do this because we want a unity government,” Levin said. “I suggest we move forward on this. Everything Blue and White has done until now has been aimed not to strive for real negotiations, but to try and mar the unity on the right. The alternative to this plan is new elections, which none of us want,” he added.

Rivlin met with Gantz and Netanyahu on Monday and asked them to work on building a unity government – and on Tuesday, officials of both parties met to work out the details. Rivlin again met with Gantz and Netanyahu Wednesday night, first separately, then together – and then the two party heads met alone. As that meeting took place, Yair Lapid, who is set to take the prime minister’s post after Gantz, wrote in a social media message that “Gantz will be prime minister, and Netanyahu will go home to deal with his criminal cases.”