Israel Israeli Leaders Look for Way Out of Impasse
Israel 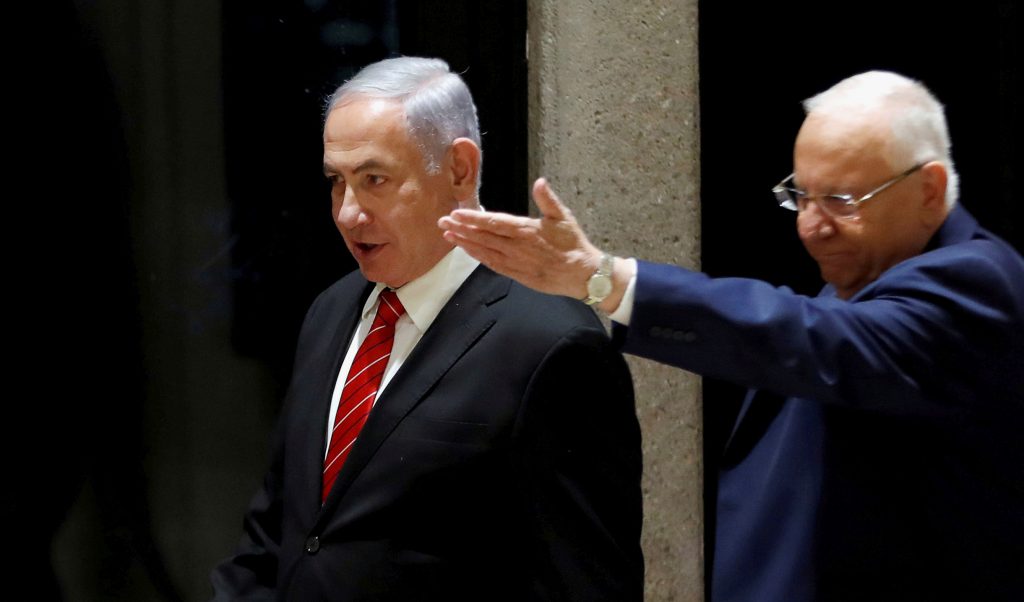 After talks aimed at forming a unity government collapsed this week, Israeli Prime Minister Binyamin Netanyahu‏‏ was tasked with assembling a coalition. But with only 55 of the 61 MKs needed for a majority supporting him, prospects are not good, and other scenarios are being considered.

Here’s a look at how it can play out:

The impetus for last week’s unprecedented repeat election was maverick politician Avigdor Liberman. A former aide and ally of Netanyahu’s, he refused to join his government in April because of what he claimed was the excessive influence of its chareidi parties. Liberman emerged even stronger in last week’s vote with eight seats. Refusing to endorse either candidate, he has stood firm on his demand for a secular unity government between the two major parties, Likud and Gantz’s Blue and White. The simplest way out of the impasse would be a Lieberman flip-flop that would save Netanyahu and give him a solid majority. But the one-time protégé appears bent on taking down his former mentor. The battered Labor party and its six seats could also potentially offer Netanyahu a lifeline, but that seems like even more of a long shot.

The main sticking point for Gantz and his centrist Blue and White party is Netanyahu himself. Gantz, a former IDF chief, has repeatedly vowed he would not ally with a prime minister facing such serious criminal charges. But he’s openly called for a unity government with a Likud party headed by someone else, which would offer the prospect of a broad, stable coalition.

An open rebellion is unlikely in a party that values loyalty and has only had four leaders in its 70-plus years of existence. Netanyahu is not only clinging to office for his political survival but also to protect himself as much as he can from prosecution, so he won’t go down without a fight. Unlike a regular Cabinet minister, Netanyahu as prime minister would not be required by Israeli law to step down if he was charged. Still, he will likely face heavy pressure to do so. He still enjoys wide backing in Likud, where he is revered almost like royalty, but if the party sees polls predicting a dramatic downfall in a third round of voting, the long-anticipated uprising could finally start to materialize.

During the ugly campaign, Gantz questioned Netanyahu’s patriotism and Netanyahu questioned Gantz’s sanity. But in the blood sport that is Israeli politics, such insults are nothing that can’t be overcome. A unity government, with a rotating leadership, still appears to be the most plausible way out of the gridlock. Upon appointing Netanyahu prime minister-designate, Rivlin proposed a plan in which both parties would have equal power and Gantz would become prime minister if Netanyahu became legally “incapacitated” within the next year. Likud indicated it was open to the proposal, but Gantz has recanted for now — apparently under pressure from the more anti-Netanyahu forces in his faction. With the clock ticking, he may reconsider.

If neither Netanyahu nor Gantz can muster a majority coalition, there is a never-before-used loophole in Israeli law that would allow any lawmaker a three-week period to recruit a 61-seat majority around them.

That hypothetical candidate would likely have to come from the right, with the hottest name being former Education Minister Gideon Saar of the Likud. He’s long been considered a potential successor to Netanyahu, despite their rocky relationship. Though a hard-liner, he enjoys a good reputation across the political spectrum, and he seems more of a unifier than Netanyahu. Knesset speaker Yuli Edelstein and Cabinet Minister Gilad Erdan have also been floated as potential heirs. But that would require bypassing Netanyahu and figuring out how to get the rest of Likud’s would-be claimers to the throne to rally around a single candidate.

Each passing day makes the most undesirable outcome appear more likely. No one in the political system favors a third election and the public will certainly be disgusted by another costly, divisive campaign that will just further extend over nine months of government paralysis. Another vote is unlikely to produce a more decisive result, and both sides are already preparing to blame the other for dragging the country through the mud once again. As Rivlin warned, it will be the public who pays the price for it.

“This is a bad situation in a sense that the country must be run by an effective government,” said Gideon Rahat, a Hebrew University professor and senior fellow at the non-partisan Israel Democracy Institute. “On the other hand, if we do cope with these problems, if we continue to fulfill the rules of the game … this at least will tell you that Israeli democracy still operates, more or less, even though there is kind of a crisis.”