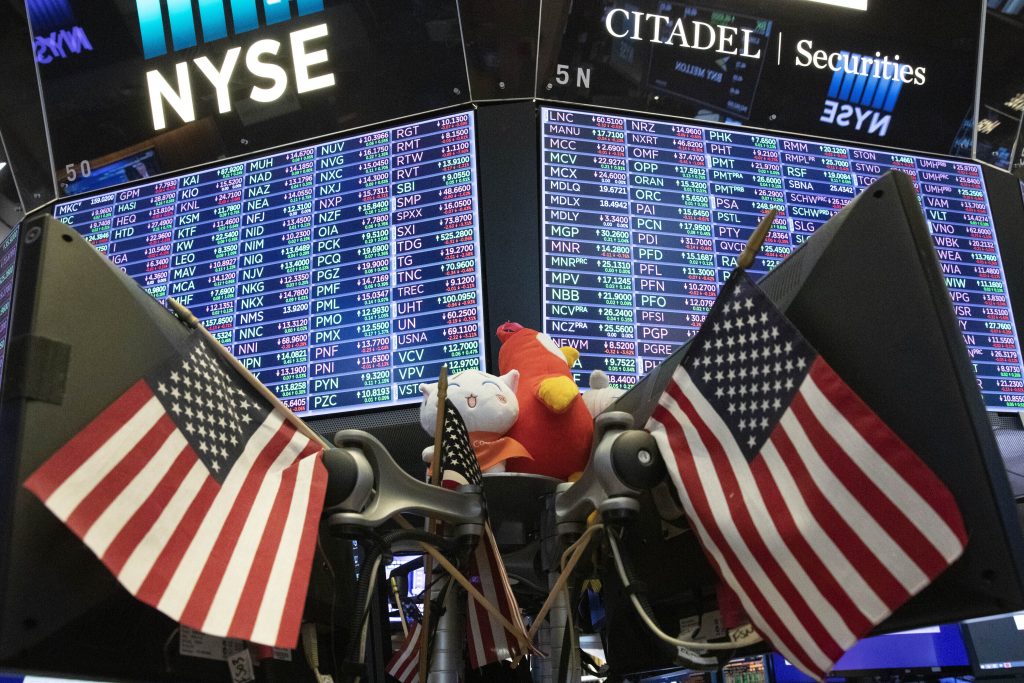 The Trump administration’s trade war with China is largely to blame for stocks’ screeching halt on Wall Street since April, analysts and economists say.

The benchmark S&P 500 index, a closely watched gauge of the stock market’s performance, has risen just 1% this quarter, coming to a near standstill after a gain of 4% in the second quarter and a sizzling 13% in the first three months.

The Trump trade war’s drag on Wall Street is a dramatic turnaround for investors, who survived a whipsaw winter that saw the S&P plunge late last year, only to recover at the start of this year.

“Companies are saying they have to make decisions on business plans. You can’t continue to have companies putting that decision off because it will start affecting the longer curve of growth,” said JJ Kinahan, chief market strategist at TD Ameritrade.

Without a definitive view on where and how businesses will invest, companies and investors will likely remain in a “holding state” with no significant rally on the horizon, Kinahan added.

President Trump’s announcement last month of new tariffs on a host of Chinese goods directly impacting consumers added ballast to a Wall Street already rattled by his May move to lift tariffs on $200 billion of other Chinese imports.

While the S&P 500 is still hovering near record highs, analysts don’t expect growth to accelerate until there is a clearer path to ending the trade war.

Meanwhile the Federal Reserve has cut interest rates twice this year, responding to slowing economies at home and abroad. It cut its forecast for economic growth this year to 2.2%, down from last September’s forecast of 2.5%.

Bank of America Merrill Lynch has an even more cautious view, predicting 2.1% growth for 2019.

“We expected a slowdown, but not this extreme,” said Joseph Song, senior U.S. economist at Bank of America Merrill Lynch. “What really took out some of the steam from our numbers was the trade war.”