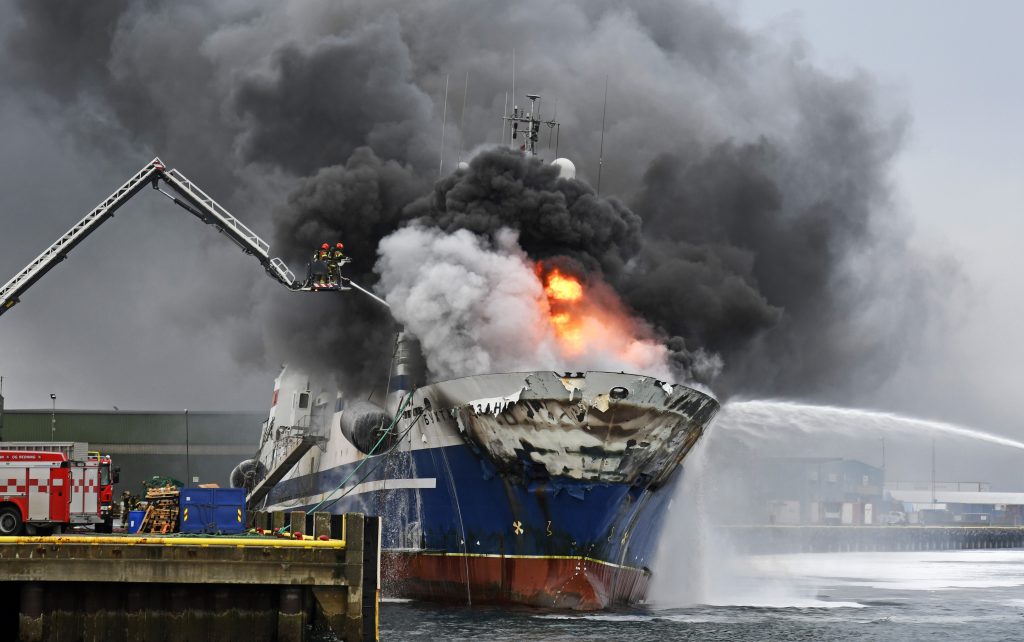 A Russian trawler with an ammonia tank and carrying about 200,000 liters of diesel oil was in flames Thursday at a northern Norwegian port and authorities evacuated surrounding areas because of an explosion risk.

The Norwegian public broadcaster NRK said the fire on the Bukhta Naezdnik started Wednesday. It is moored at the port of Breivika in the Tromsø region.

“The fire is near the [ammonia] tank but it hasn’t exploded,” Oeystein Solstad, head of the region’s Fire and Rescue Department told Norwegian newspaper VG.

“We believe that the valves have worked properly and that much has gone out of the tank. We don’t therefore think that there is a great danger of explosion right now, but we keep the tank cool all the time,” he said.

Local police said much of the diesel oil on the trawler is estimated to have burned overnight but that some oil had been found on the sea. There were no reports of casualties.

Photos and video footage from the scene showed the vessel had listed drastically by mid-morning Thursday and was covered with thick smoke.