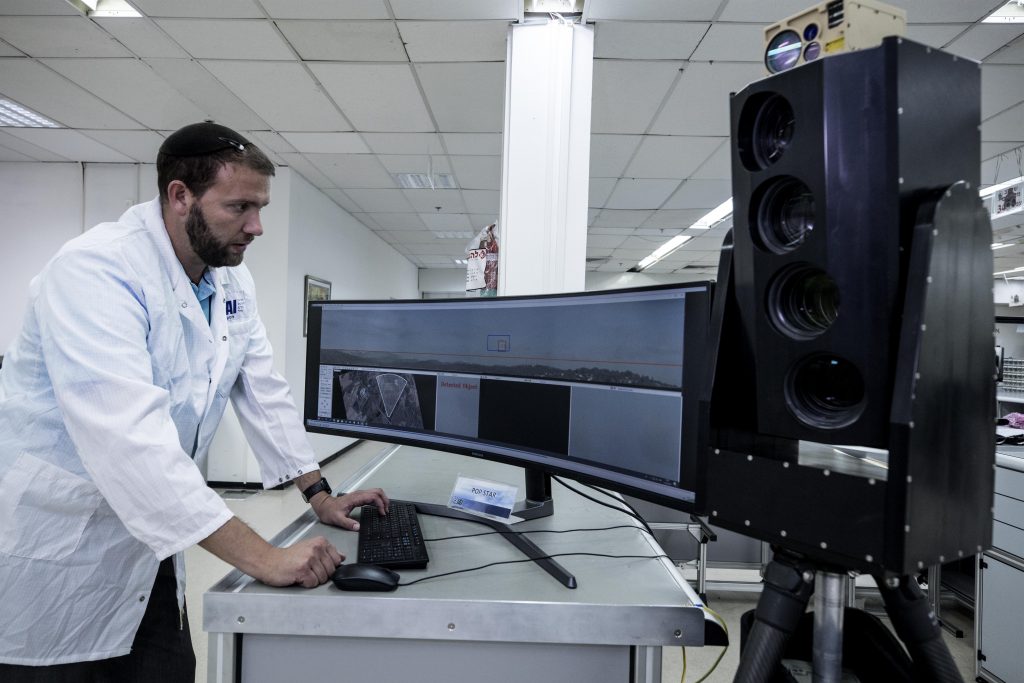 Israel, one of the pioneers of drone warfare, is now on the front lines of an arms race to protect against attacks by the unmanned aircraft.

A host of Israeli companies have developed defense systems they say can detect or destroy incoming drones. But obstacles remain, particularly when operating in crowded urban airspaces.

Drones present unique challenges that set them apart from traditional airborne threats, such as missiles or warplanes.

They can fly below standard military radar systems and use GPS technology to execute pinpoint attacks on sensitive targets for a fraction of the price of a fighter jet. They can also be deployed in “swarms,” which can trick or elude conventional defense systems. Even small, off-the-shelf drones can be turned into weapons by rigging them with explosives or simply crashing them in crowded areas.

A series of drone strikes across the Middle East, including an attack on a Saudi oil field and processing plant that jolted international markets earlier this month, have underscored the devastating effectiveness of small unmanned attack aircraft.

Israel has long been a dominant player in the military drone export business, developing small attack aircraft as well as long-range spy planes. Now, Israeli firms are at the forefront of a global industry developing means to protect against the drone threat.

“There is a lot of knowledge that was adapted from the area of unmanned aerial vehicles, which is something that the military had to deal with for a long, long time,” said Ben Nassi, a researcher at Ben Gurion University specializing in drone threats.

In a laboratory near Israel’s main international airport, Israel Aerospace Industries offered a glance at its new optical detection system: a black cube resembling a souped-up subwoofer that it says can spot a standard commercial drone from several miles away.

The state-owned company says the Popstar system can track and identify flying objects day or night without being detected. Developers say the system, which has already been field tested by the IDF, can differentiate threats from standard civilian aircraft with an advanced algorithm.

“On a daily basis, we see these small-scale threats, such as drones, that can tie up a whole airport and shut down the entire air traffic,” said Ariel Gomez, a systems engineer at IAI who worked on the new drone detection platform.

“Our system can discern from several miles away any threat that approaches,” he said.

Popstar focuses on protecting fixed, high-value targets like airports or energy infrastructure. Experts say it is much more difficult to use the technology in crowded urban environments, where heavy air traffic and high-rise buildings can create confusion and obstacles.

“Most of the industry is actually targeting the threats in a no-fly area,” said Nassi. “When it comes to populated areas, law enforcement has much more difficulties to understand whether a drone is being used maliciously or not.”

Israeli company Vorpal says it has found a partial solution to these challenges by developing a system that can detect and track virtually all commercial UAVs in urban airspaces.

Avner Turniansky, Vorpal’s vice president of strategy, said the company has compiled a database of signals — what it calls the “signature” — emitted by 95 percent of drones on the market.

With these signatures, it says it can identify a drone — and locate its operator — within two seconds. Customers can track these aircraft and determine whether they pose a threat.

He said the system has a range of several miles, but still has some limitations. If an operator is flying a commercial drone whose signal hasn’t been previously collected, it won’t be identified. The system would also struggle to identify sophisticated drones built by hostile governments, since those signatures are likely unknown.

Still, he said the system can track “the vast majority” of popular drones on the market.

He said the firm has conducted several successful tests with the New York Police Department and counts Israel’s national police force and the Defense Ministry as customers. During this year’s Eurovision song contest in Tel Aviv, he said police caught more than 20 operators who were flying drones in no-fly zones.

According to Israel’s Economy Ministry, UAV exports topped $4.6 billion between 2005 and 2013, around 10 percent of the country’s defense exports.

Over a dozen Israeli firms presented cutting-edge anti-drone technologies at London’s DSEI exhibition this month, from defense heavyweights Elbit Systems, Raphael and Israel Aerospace Industries, to smaller start-ups like Vorpal. They are part of a booming global industry with competitors from the U.S., Europe, Singapore, and China.

Other systems can stop the aircraft with jammers that down aircraft by scrambling communications, kinetic systems that try to knock the craft out of the sky or systems that allow authorities to seize control of an aircraft.

But for now, none of these systems can provide full protection.

“It’s a nasty target. It’s a problem,” said Turniansky. “It’s going to be cat and mouse for a while.”