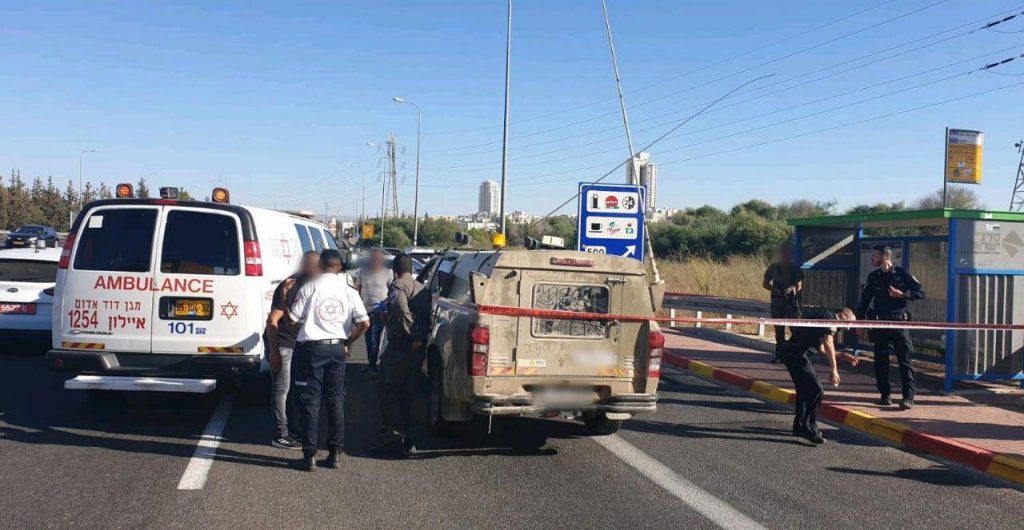 A 22-year-old woman was lightly wounded Wednesday afternoon after being stabbed near the ​​Maccabim Junction on Route 443.

She was taken to the Tel Hashomer Hospital with stab wounds to her upper body, in light condition.

MDA medic Mordechai Slusch, who treated the wounded woman, said: “When we arrived at the scene, we saw a young woman, sitting agitated at a bus stop, fully conscious and suffering from a bleeding injury in the shoulder area. We gave her medical treatment which included stopping bleeding, dressing and giving fluids. We quickly transported her to the ambulance and evacuated her to the hospital in stable condition. The 14-year-old Palestinian terrorist was neutralized at the scene by the security forces and arrested.