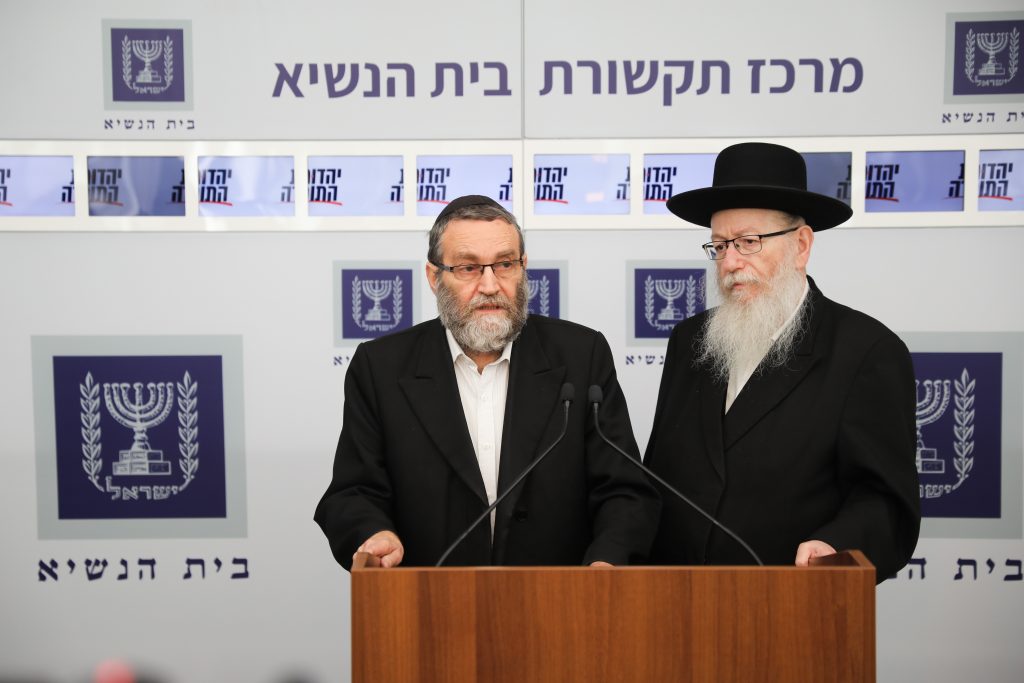 United Torah Judaism said on Wednesday that it will contest the official final count of last week’s voting, which saw the party drop from a previous tally of 8 Knesset seats to 7.

UTJ fell short of the eighth seat by a mere 68 votes, according to Ynet.

“The short time frame for the decision, the minor difference in votes and the fact there is a lack of important data to determine the final result bring us to consider filing an appeal,” UTJ said in a statement.

UTJ’s loss was Likud’s gain, as the reapportionment gave the latter 32 seats, up from 31. It did not, however, affect the right-religious bloc, which remained overall at 55, one more than Benny Gantz’s 54.