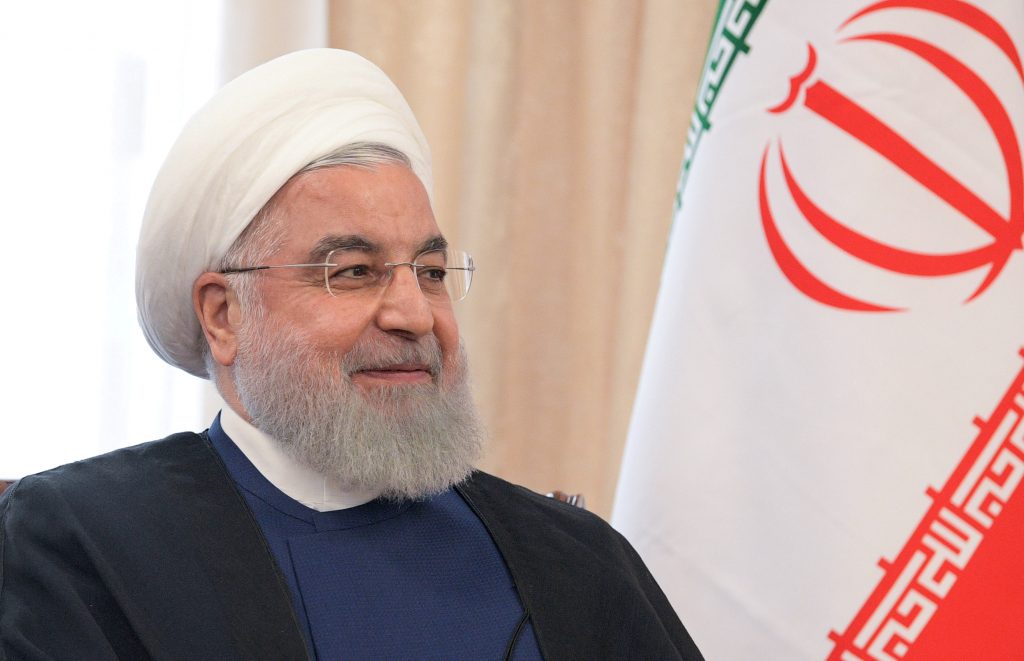 Iranian President Hassan Rouhani will give a speech at the United Nations General Assembly on Wednesday that will likely determine whether Tehran will re-engage with the United States to ease the heightened tension between the longtime enemies.

The confrontation between Tehran and Washington has ratcheted up since last year, when President Donald Trump withdrew from Iran‘s 2015 nuclear deal with major powers and reimposed sanctions that have crippled that country’s economy.

Rouhani, the nuclear pact’s architect, has left the door open to diplomacy, saying that if sanctions were lifted, Washington could join nuclear talks between Tehran and other powers.

But, in spite of French President Emmanuel Macron’s efforts to bring about talks between the two countries, Trump on Tuesday said he would intensify sanctions on Iran as part of Washington’s “maximum-pressure” policy to force Tehran to negotiate a broader deal.

Trump wants a deal that further curbs Iran‘s nuclear program, restricts its ballistic missile work and ends its support for proxy forces in the Middle East. Tehran has ruled out negotiating any new agreement.

In reaction to tightened U.S. sanctions on its vital oil exports since exiting the deal, Iran has gradually scaled back its commitments under the agreement and has threatened to block the Strait of Hormuz in the Gulf, through which an estimated one-fifth of the world’s oil passes.

At the General Assembly, Rouhani is expected to call for a “coalition for hope” in the Gulf that “will secure freedom of navigation, flow of energy and the regional stability in the Persian Gulf,” a senior Iranian official told Reuters.

The shadow of war has lengthened after a Sept. 14 airstrike on the heartland of Saudi Arabia’s oil industry, which included damage to the world’s biggest petroleum-processing facility, knocking out more than 5% of global oil supply.

The United States, the European Union and Saudi Arabia have blamed the attack on Iran, instead of the Yemeni Iran-aligned Houthi group that claimed responsibility. Iran distanced itself from the attacks, but said it was ready for “full-fledged” war.

The escalating confrontation could tip the balance of power in Iran in favor of hardliners looking to constrain Rouhani’s ability to open up to the West, particularly because Supreme Leader Ayatollah Ali Khamenei’s aversion to Washingont remains a formidable barrier to any diplomatic solution.