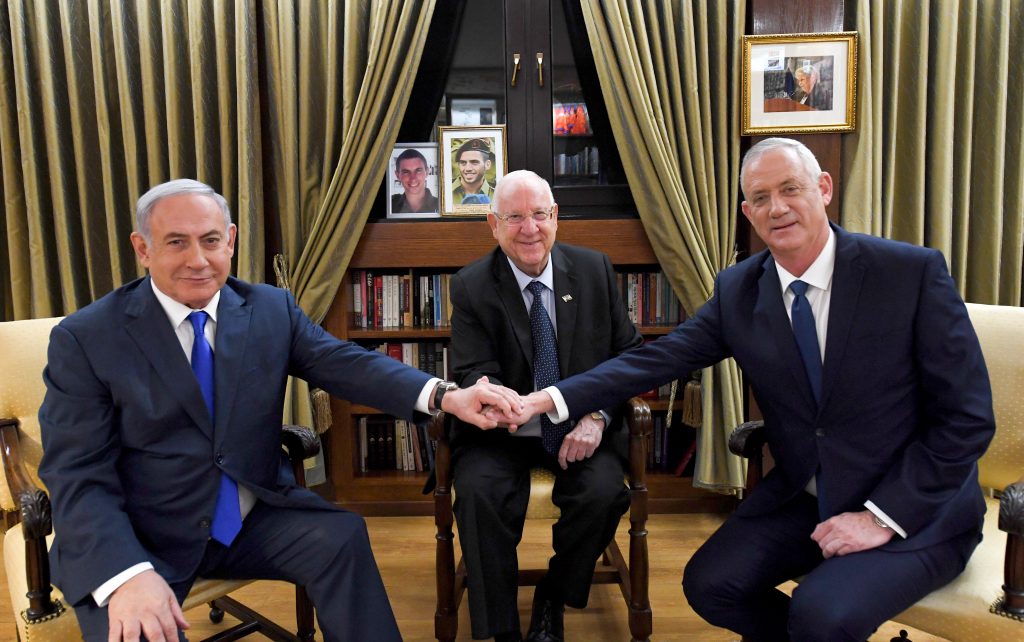 President Reuven Rivlin is widely expected to ask Binyamin Netanyahu to form a government on Wednesday night, media reports said Wednesday afternoon. Rivlin met with the heads of all parties in the Knesset, with the meetings finishing Tuesday. Those meetings resulted in a total of 55 MKs recommending Netanyahu for the job, compared to 44 for Blue and White’s Benny Gantz.

Gantz would have had more recommendations had the United Arab List not backtracked on Monday from the endorsement it gave Gantz on Sunday. Speaking Monday, UAL MK Ahmed Tibi said that while it was important to remove Netanyahu from power – and a recommendation for Gantz to try and form a government would be a good first step in that direction – Gantz “just wasn’t our cup of tea,” due to his right-wing policies and efforts to fight Hamas in Gaza, Tibi said.

Rivlin met with Gantz and Netanyahu on Monday and asked them to work on building a unity government – and on Tuesday, officials of both parties met to work out the details. Rivlin is set to have dinner with Gantz and Netanyahu Wednesday night, but the reports said that, given the lack of progress between the parties, the President has decided to get the government formation process under way by appointing Netanyahu for the job.

With that, sources in the Likud told Kan News that if Rivlin did foist the job of forming a government on Netanyahu, the Prime Minister would have a go at it – but if Blue and White, Labor and Yisrael Beytenu – which did not endorse either Gantz or Netanyahu for the job – persist in their refusal to join a Netanyahu-led government, he would return the mandate for government formation to Rivlin within days, instead of taking the full 28 days he would have to work on deals with coalition partners.

“Netanyahu called for a unity government, and Gantz refused,” the sources said. “No one wants a third election but if there is one, this is what we want people to remember – that it was because of Gantz’s stubbornness that Israelis are being asked to go to the polls again.”