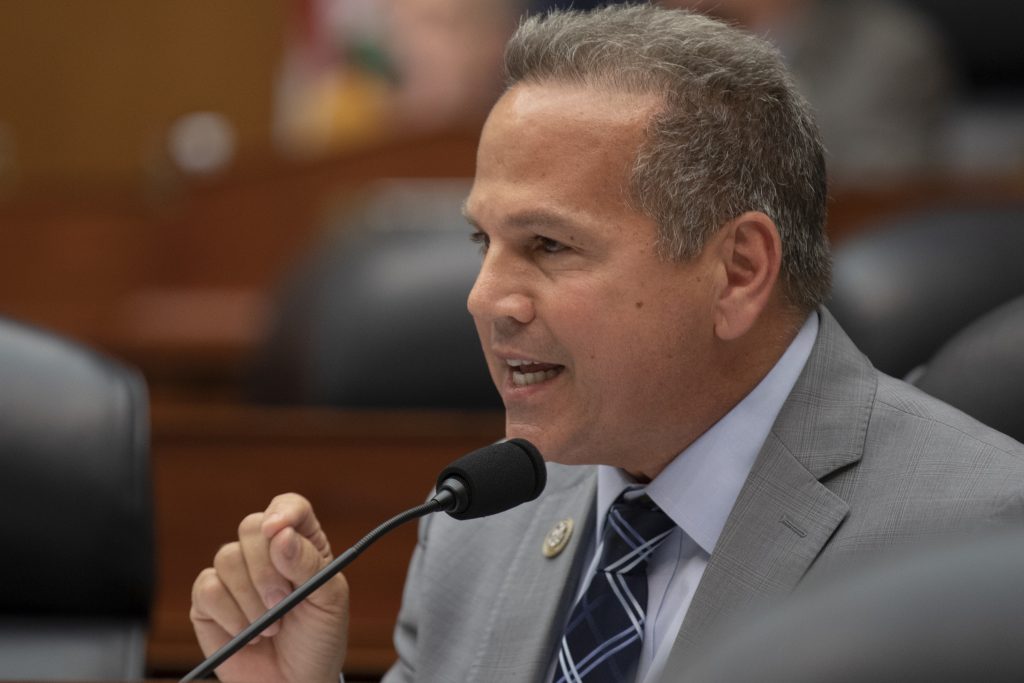 House Speaker Nancy Pelosi urged fellow Democratic leaders in a private meeting Wednesday to keep the impeachment investigation narrowly focused on President Donald Trump and his dealings with the president of Ukraine, according to five Democrats familiar with the conversation.

The closed-door meeting took place hours after the White House released a rough transcript of a July 25 phone call between Trump and Ukrainian President Volodymyr Zelenskiy in which Trump pressed Zelenskiy to work with Attorney General William Barr and personal attorney Rudy Giuliani to investigate former vice president Joe Biden, who is seeking to unseat Trump.

In the room, Democrats said, Pelosi, D-Calif., told colleagues that keeping the inquiry narrowly focused on the Ukraine allegations could help keep the investigation out of the courts, where a slew of investigative matters have been bogged down for months — though she did not rule out ultimately including other episodes in a potential impeachment package.

The meeting included members of the House Judiciary Committee, which has been probing alleged obstruction of justice, self-dealing and other matters involving Trump, though not Chairman Jerrold Nadler, D-N.Y. It ended without a firm decision on whether to circumscribe the probe but with consensus inside the room that narrowing the investigation, if only in terms of political messaging, made sense.

“I think we need to focus on what this very clear threat to national security and to our Constitution is,” said Rep. Debbie Dingell, D-Mich., a member of Pelosi’s leadership circle who spoke generally about her own views but not about what was said inside the meeting. “I think a lot of the American people understand that . . . and I think we need to focus on something that everybody understands.”

Earlier Wednesday morning, rank-and-file House Democrats split on whether to keep the investigation narrowly focused on the Ukrainian affair or look at a much broader portfolio of alleged wrongdoing.

The question, according to conversations with more than a dozen lawmakers and aides Wednesday, stands to be crucial to the unfolding probe. How it is resolved will dictate key decisions, such as how long the investigation will take, which committees and lawmakers will be involved and which witnesses will be brought before Congress.

Judiciary Committee members said that they expected probes of other matters to continue unabated and would potentially contribute to impeachment articles drafted later this year.

“There’s clearly enough evidence before the Judiciary Committee, in my view, to support articles of impeachment on a number of issues,” said Rep. David Cicilline, D-R.I., a member of both Judiciary Committee and the House leadership team.

But he added that the final decision would be made by Democratic leaders after the process played out, and he recognized that the Ukraine allegations were unique: “If this is the scandal and the conduct of the president which unites the Congress in the urgency of taking action, then we ought to proceed with that. This is not about an affinity for our own work. This is about showing the country that as a body, the Congress of the United States is going to stand up and protect the rule of law.”

Others, however, were less equivocal. “We’ve got to go narrow, no question about it,” said Rep. G.K. Butterfield, D-N.C., arguing that the president’s admission of intervention in the Ukraine matter would simplify the impeachment process. “I would hope within a six-week frame, we could get the evidence on the table so the Americans people can see it, and hopefully we will have some resolution before the holidays.”

Speaking to reporters Wednesday, House Majority Leader Steny Hoyer, D-Md., held up the rough transcript of the Trump-Zelenskiy phone call and said the House would focus on its contents in the coming days and weeks.

“We are going to focus on this particular matter,” he said, noting that the substance of the alleged wrongdoing — urging a foreign leader to intervene to influence an upcoming election — was simple for the public to understand relative to the obstruction of justice allegations made by special counsel Robert Mueller or other admissions of wrongdoing.

At a news conference Wednesday afternoon, House Intelligence Committee Chairman Adam Schiff, D-Calif., would not answer questions about the scope of the impeachment proceedings against Trump. But he told reporters that the rough transcript is “far more damning that I and others had imagined” and accused Trump of engaging in a “classic mafia-like shakedown of a foreign leader.

“This is how a mafia boss talks” he said, referring to Trump’s talk of “reciprocity” on the call. “Like any mafia boss the president didn’t need to say, ‘That’s a nice country you have, it would be a shame if something happened to it.’ Because that was clear from the conversation. There is no quid pro quo necessary to betray your country or your oath or office.”