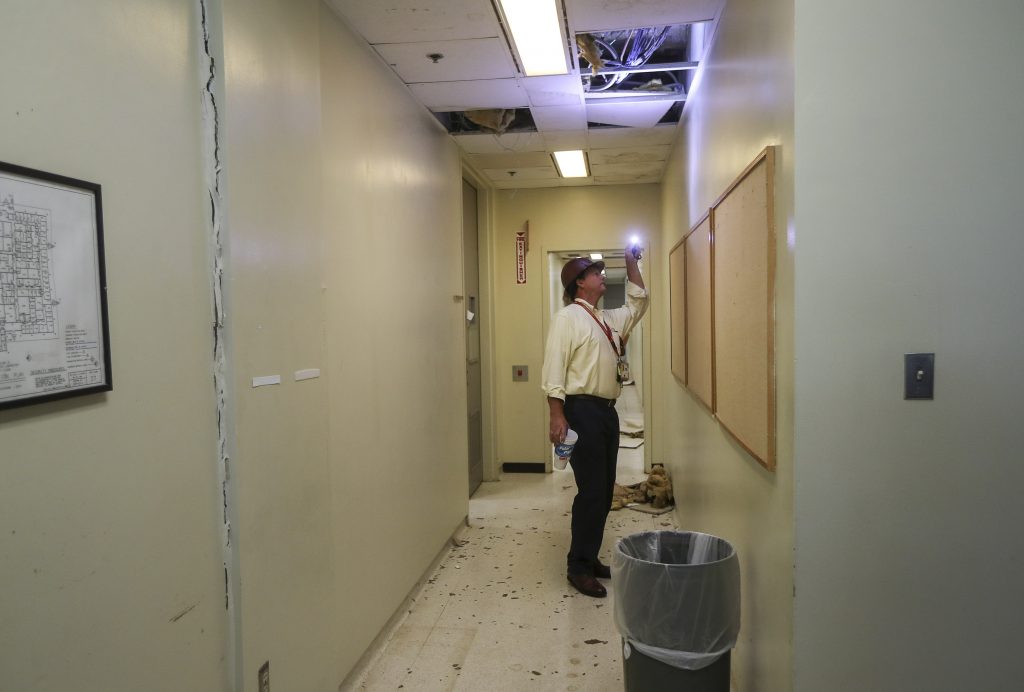 The Houston building where Apollo 11 astronaut Neil Armstrong and his colleagues were quarantined after their 1969 moon mission has fallen into disrepair and will be demolished, NASA said.

The Lunar Receiving Laboratory at Johnson Space Center hasn’t been used for two years and will likely be torn down next year, the Houston Chronicle reported Tuesday.

The building, completed in 1967, was designed to isolate the astronauts and their lunar rock samples until it was clear they weren’t carrying disease. Now, exposed wires hang from ceiling tiles saturated with mold, their ends spiraling along the ground next to fallen pieces of fiberglass and discarded office materials.

“I just hate to see what this building represents and what we did here 50 years ago go away,” said Judy Allton, a curator at Johnson.

In the years after the Apollo program, the building housed astronaut health projects. But a 2015 economic analysis determined that the historic building’s structural and electrical problems can’t be fixed.

Dallas-based HDR Architecture has been commissioned to design an energy-efficient building to replace the old lab, and historians are hoping to salvage some of the building’s artifacts to display elsewhere.

Johnson’s historic preservation officer Sandra Tetley said she intends to save the original stairs, pillars and walkways, and as many pieces of equipment inside the building as possible.

“But it’s a shame to lose the building,” Tetley said.

Everett Gibson, an emeritus senior scientist at Johnson, worked in the lab during the Apollo missions 12 through 17.

Just months after celebrations to mark the 50th anniversary of the first lunar footsteps by Apollo 11 astronauts, Gibson said it’s difficult to see the building go but that saving it for historical purposes would be too costly. He’s also not sure there’s still public interest.

“Sometimes in life we have to make hard decisions, and I don’t know what you could do with it,” he said. “It’s sitting out there rotting, and the cost to keep it going is just horrendous. I don’t think it’s that exciting to a man and a woman on the street.”