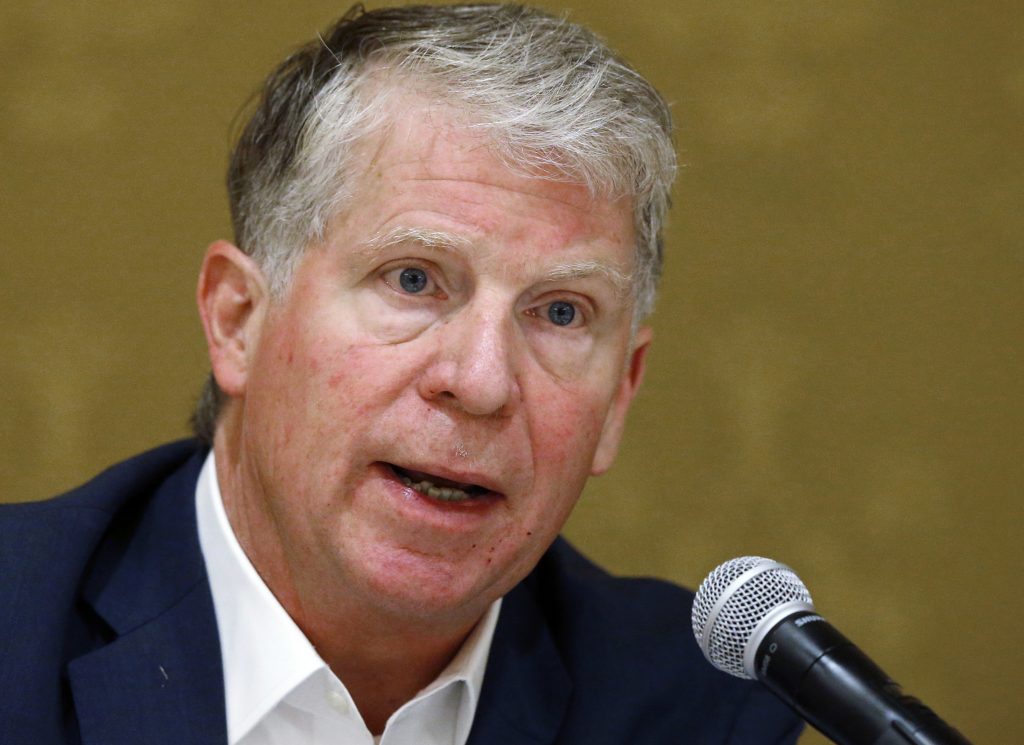 A federal judge in Manhattan on Wednesday stayed a subpoena seeking eight years of President Donald Trump’s tax records for 24 hours and gave the Justice Department until Monday to decide whether to intervene in the case.

U.S. District Judge Victor Marrero told the attorneys representing Trump and the Manhattan district attorney pursuing the documents that he would decide on a longer-term stay after the two sides took another day to work out some of their differences, including about the handover of documents unrelated to the tax returns.

The Department of Justice had asked the court to pause the case while it considers whether to join Trump in requesting a preliminary injunction. The case raises significant constitutional issues that the department is reviewing, the motion says.

Trump is fighting a grand jury subpoena asking Mazars USA, his longtime accounting firm, to turn over federal and state tax returns from the president and his businesses. The subpoenas are in connection with Manhattan District Attorney Cyrus Vance’s investigation into hush money payments.

In court Wednesday, Trump’s attorney, William Consovoy, argued that Vance, a Democrat, was conducting an unlawful criminal investigation of a sitting president.

Justice Department policy says a sitting president cannot be indicted. Trump’s lawsuit goes further, saying he cannot be subject to any criminal proceedings until out of office.

Allowing such inquiries would give local authorities the power to hamstring the president and should be prohibited, Consovoy said. If Vance’s office is allowed to proceed, other states may follow his lead in attempting to harass the president, he said.

Trump “is not subject to criminal process while he’s in office,” he said.

Legal experts say that would be a leap from existing precedent. In 1974, for instance, the Supreme Court ruled unanimously that President Richard Nixon had to comply with a subpoena from investigators and turn over tapes of his conversations in the Oval Office.

Marrero questioned whether Trump’s argument meant that the president’s businesses could not be investigated for criminal activity because the investigation could potentially implicate him in wrongdoing. “How would the district attorney know if a business is engaged in criminality if it can’t investigate? What happens if the statute of limitations is about to expire?” he said. “Will the business get off scot–free, riding on the tails of the president?”

Trump is seeking sweeping immunity for himself, those close to him and his business, the Manhattan District Attorney’s office argued. “They have no authority for the breathtaking [breadth] of immunity they seek,” assistant district attorney Solomon Shinerock told the court.

Allowing even a short stay “means they win and we lose,” Carey Dunne, the general counsel for the Manhattan district attorney, said. The grand jury’s work would be “irreparably impeded by additional delay.”

Some potential charges may become moot if their statutes of limitations runs out and the case could become difficult to investigate, said Shinerock, who also argued that the matter should be litigated in state court not federal.

The subpoenas cover “a much larger bundle of documents than just tax returns” and involve not just the president, but his businesses and “many” third parties, Shinerock said. The documents also date back to 2011 when Trump was not in office, he said.

On Aug. 29, a grand jury subpoenaed Mazars, the president’s accounting firm, for tax records dating back to 2011, Vance’s office said in its motion seeking to have Trump’s lawsuit thrown out.

The case is the latest in a string of lawsuits by Trump seeking to block investigations into his finances as well as that of his family members and businesses. Trump has also appealed a federal court order that cleared the way for Deutsche Bank, the president’s biggest creditor, and Capital One to hand over years of financial records from Trump, his three eldest children and the president’s company to two House committees. The U.S. Court of Appeals for the 2nd Circuit has heard arguments in that case but not ruled.

Last week, a federal judge sided with the Trump campaign and blocked a new California law requiring presidential candidates to release five years of tax returns to run in the state’s March 2020 primaries.