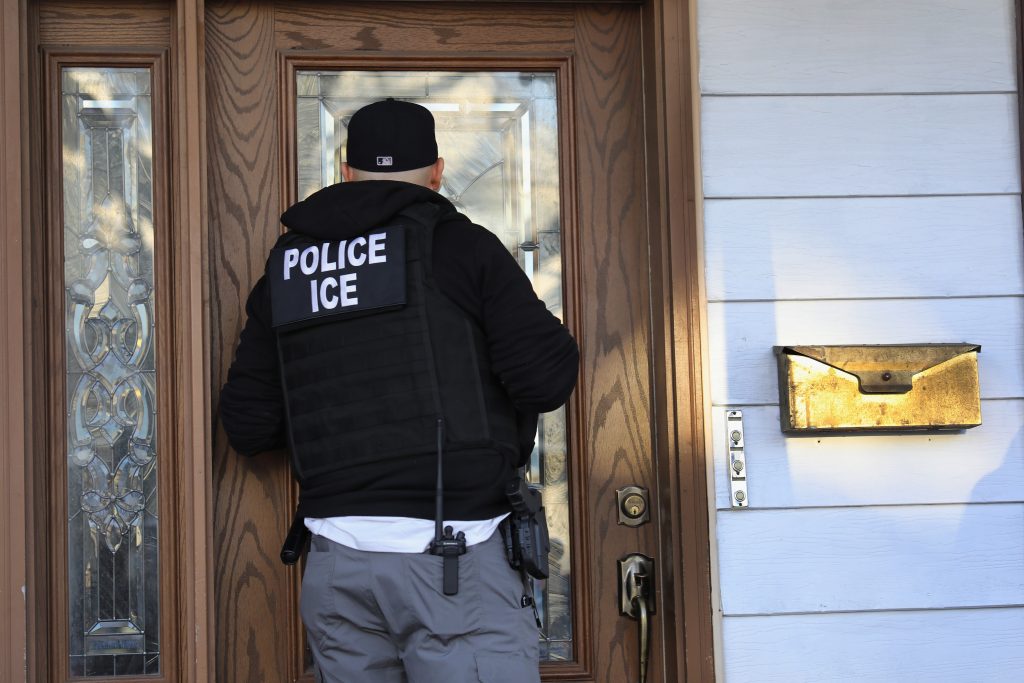 “When ICE targets witnesses and victims for arrests, it deters noncitizens and immigrants from assisting in state and local law enforcement efforts or protecting their own rights in court,” Attorney General Letitia James said. “This is a disastrous and dangerous break from previous policy and that’s why we are fighting to force them to end this practice.”

The lawsuit filed in Manhattan federal court by James and Brooklyn District Attorney Eric Gonzalez seeks to halt what they said is a two-year pattern of civil immigration arrests by ICE agents in and around New York state courthouses.

The second lawsuit, filed by the Legal Aid Society and several immigrants’-rights advocacy groups, seeks a permanent injunction ordering ICE not to make civil immigration arrests without a judicial warrant or to surveil any individual coming to, attending or returning from court.

“ICE’s courthouse enforcement blatantly violates the constitutional rights of our clients, as well as all immigrant New Yorkers, and we look forward to addressing this injustice in court,” said Janet Sabel, CEO of The Legal Aid Society.

Prosecutors from two Massachusetts counties filed a similar lawsuit in April seeking to block federal agents from making arrests at courthouses of people suspected of being in the country illegally. A judge ruled in favor of the prosecutors in June.

“ICE’s enforcement activities at courthouses are consistent with longstanding law enforcement practices nationwide. And, courthouse arrests are often necessitated by the unwillingness of jurisdictions to cooperate with ICE in the transfer of custody of aliens from their prisons and jails,” ICE said in a statement.