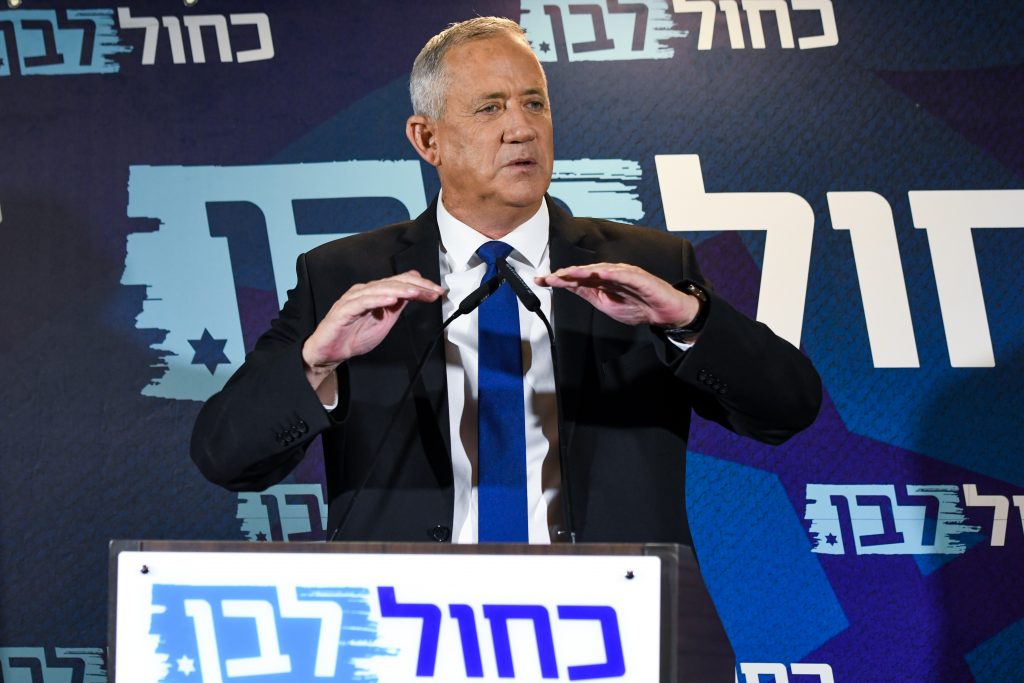 Upon receiving the mandate to form a coalition on Wednesday night, Israeli Prime Minister Binyamin Netanyahu‏‏ called on Blue and White leader Benny Gantz to form a Likud-led unity government, citing compelling security, diplomatic and economic conditions, including the threat of war with Iran and a peace plan soon to be unveiled by President Donald Trump.

Gantz balked at the prime minister assertion that the only option was a “broad” unity government, which seemed to imply that he was sticking to his pledge to include the religious and right-wing parties in the negotiations.

The Blue and White chairman insisted in a statement that talks on a unity government could only proceed without Netanyahu’s partners—Shas, United Torah Judaism and Yemina— that only the two largest parties should be involved at this stage. During talks held on Tuesday, Gantz’s negotiators stated that, as far as they were concerned, the Likud delegation represented only Likud and no other party.In his remarks, Rivlin also revealed that during their meetings he suggested the possibility of passing a law enabling a prime minister to suspend himself from office while under indictment and have a vice prime minister take over until the prime minister is cleared.

Gantz rejected that too. “Blue and White will not sit in a government whose leader is under indictment,” he said. “This issue, along with other essential issues, are more important to us than any discussion on distributing ministerial portfolios or a rotation [of the premiership.]”

Rivlin stressed that Israelis do not want a third round of elections, saying “the public will pay the price” of a failure by Netanyahu and Gantz to find common ground.

“At the same time,” he added, “it is important to say that with the election results in mind, and the fact that neither of the candidates received the support of 61 MKs, assigning the responsibility for forming the government one of the candidates is in itself not the solution. Doing so does not detract in any way whatsoever from the responsibility of both candidates, and all parties, to create the conditions for resolving the political impasse we find ourselves in. The job of forming Israel’s government is now in the hands of all elected officials of all parties.

And then, in what appeared to be a rebuke to Gantz, Rivlin said: