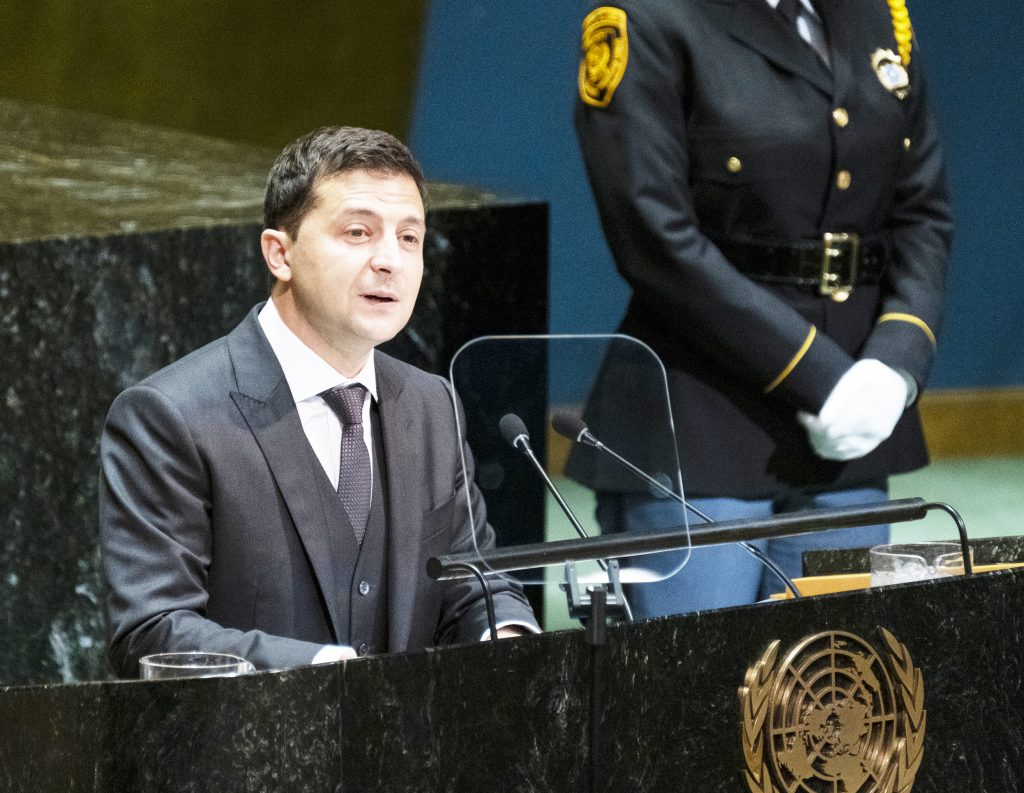 Abruptly cast into the center of a political storm in the United States, Ukraine’s president steered clear of the controversy Wednesday as he made his debut at the United Nations, focusing instead on the horrors of war and on his country’s ongoing conflict with Russia.

Volodymyr Zelenskiy’s address at the U.N. General Assembly came less than a day after a formal U.S. House impeachment inquiry into President Donald Trump was launched — a development that was sparked partly by a July 25 phone call between the two leaders.

Zelenskiy made no mention of the matter in his speech to world leaders as he called for wide international support for his country, five years after Russia annexed Ukraine’s Crimean Peninsula and Moscow threw its weight behind separatists fighting in the eastern part of his country.

He warned that in an interconnected world, “there is no more ‘somebody else’s war.’”

“Every leader bears his share of responsibility not only for the destiny of his own country but for the whole world,” said Zelenskiy, who at one point held up a bullet to decry violence.

“Today, it depends on everyone here whether there will be life at all,” Zelenskiy said.