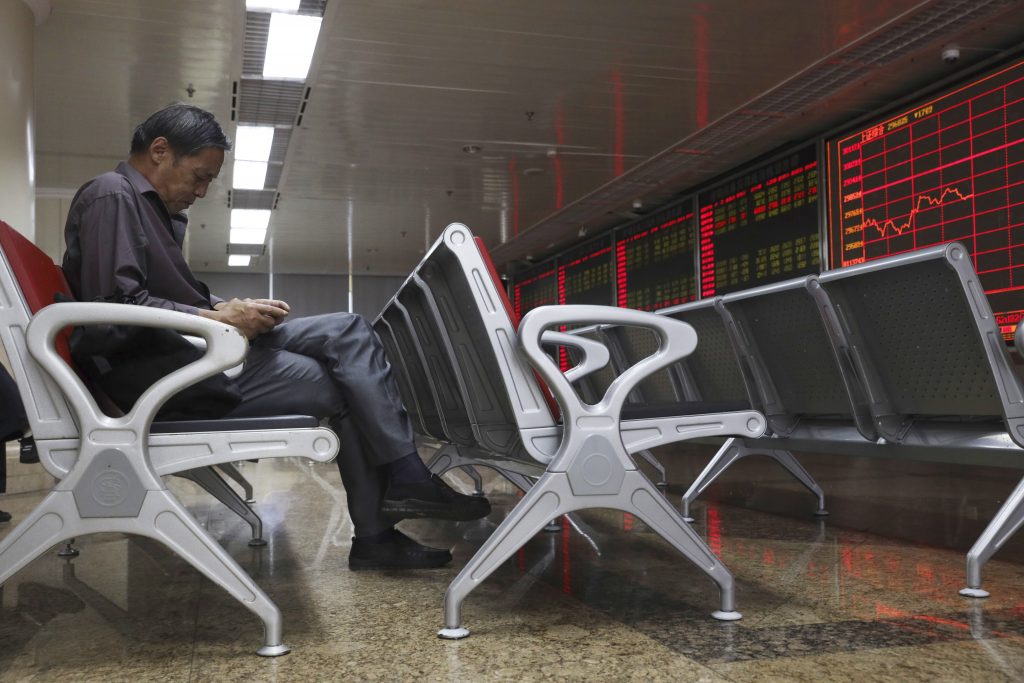 Stocks skidded in Asia on Wednesday after Democrats in the U.S. House of Representatives said they were considered launching an impeachment probe of President Donald Trump.

The losses followed declines overnight as investors’ attention swung from headlines on trade to data showing a drop in U.S. consumer confidence.

The Conference Board, a business research group, said its consumer confidence index fell to 125.1 in September from a revised reading of 134.2 in August, suggesting a worrisome shift since consumer spending has underpinned the economy during a slowdown in manufacturing.

The announcement by Nancy Pelosi, speaker of the House, about a possible inquiry came after markets closed in New York. But news the Democrats were considering a probe broke earlier.

Stocks recovered somewhat after Trump said he plans to release the full transcript of a July phone call with Ukraine’s president that is at the center of the impeachment discussions.

Trump dampened optimism over prospects for a trade deal with China that might help resolve the tariffs war with Beijing in remarks before the U.N. General Assembly, where he underscored the need for a fair trade pact and threatened more tariffs.

Tensions had recently eased somewhat, prompting speculation that the next round of negotiations, in October, might at least yield an interim deal on trade.

History shows the impeachment of a president doesn’t necessarily mean disaster for the stock market, but the impeachment issue adds to the uncertainties already overhanging markets, including strife in the Middle East and Britain’s troubled exit from the European Union as well as trade frictions.

“It would be difficult for the market to ascertain how long this matter will drag and the concurrent impact upon U.S.-China trade, which is the bigger worry at present,” Jingyi Pan of IG said in a commentary.

Still, bonds rose and pushed yields lower, suggesting investors are growing more cautious. The yield on the 10-year Treasury was at 1.66% from 1.7% late Monday.

Benchmark crude oil fell 38 cents to $56.91 per barrel in electronic trading on the New York Mercantile Exchange. It tumbled $1.35 to settle at $57.29 a barrel on Tuesday.