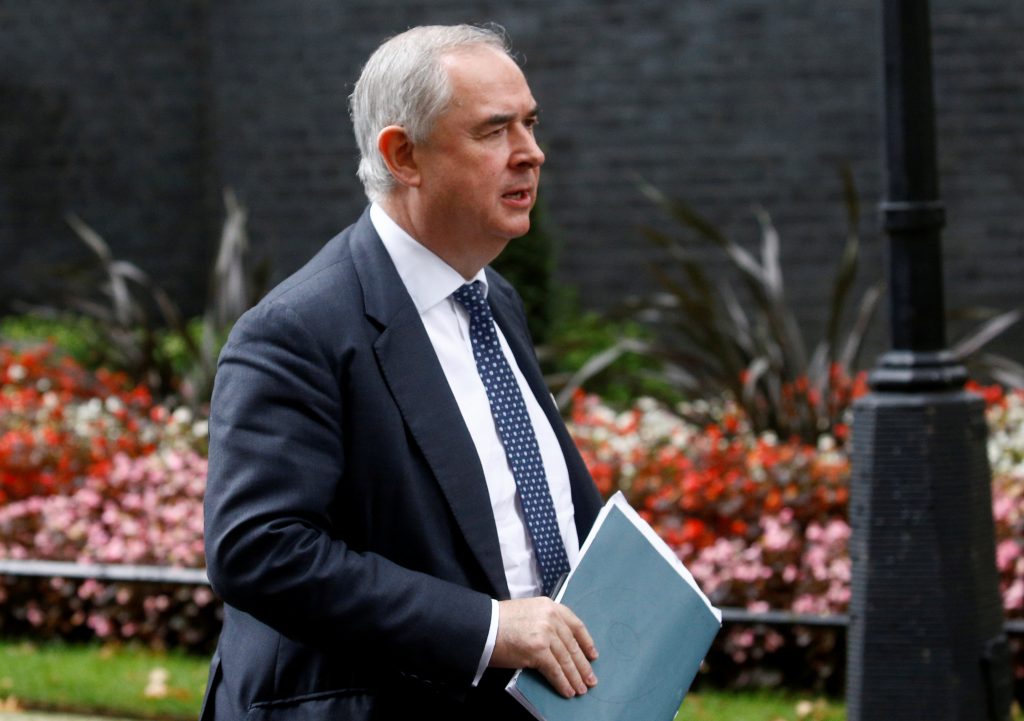 British Attorney General Geoffrey Cox accused Parliament on Wednesday of being a “disgrace” as lawmakers returned for the first day of work since a bombshell court decision deemed Prime Minister Boris Johnson’s suspension of Parliament to be illegal.

Cox’s baritone voice boomed across the House of Commons as he defended the advice he gave Johnson backing the suspension. He aggressively took the offensive, accusing what he called a “dead Parliament” of being “too cowardly” to vote for no-confidence motion in Johnson’s government, which would trigger an early election.

“This Parliament should have the courage to face the electorate, but it won’t, because so many of them are really all about preventing us leaving the European Union,” he told lawmakers. “But the time is coming.”

Johnson remains on a collision course with Parliament over his determination to pull Britain out of the European Union on Oct. 31 even if no divorce deal is reached. Parliament has passed a law requiring him to seek a Brexit extension if there is no deal, but Johnson says he won’t do that under any circumstances.

The prime minister flew back to London in the morning, cutting short a trip to the U.N. General Assembly in New York as demands for his resignation rose from opposition parties after the court ruling.

After the court ruling Tuesday, Johnson had brushed aside questions about whether he would resign. He said he “strongly” disagreed with the court decision and even suggested he might try to suspend Parliament for a second time.

In the House of Commons, newly returned lawmakers focused their ire Wednesday on Cox, who was forced to concede that he may have to make further disclosures about his advice that the suspension was legal.

“I will consider over the coming days whether the public interest might require a greater disclosure of the advice given to the government,” Cox said.

Johnson will address Parliament later Wednesday but, looking ahead to a possible early general election, he has begun to position himself as the champion of the people facing a recalcitrant establishment bent on frustrating the 2016 Brexit vote.

Opposition leader Jeremy Corbyn said Johnson should say he was sorry to the public and to Queen Elizabeth II for telling her that Parliament should be suspended until Oct. 14. The suspension would have limited debate before Britain’s scheduled Oct. 31 departure from the 28-nation bloc.

“I think he should apologize to her [the Queen] for the advice he gave her but, more importantly, apologize to the British people for what he’s done in trying to shut down our democracy at a very crucial time when people are very, very worried about what will happen on Oct. 31,” Corbyn told the BBC.

The lawmakers on Wednesday will also discuss Brexit readiness preparations and the collapse of tour operator Thomas Cook, which is estimated to cost the government 100 million pounds ($125 million) as it repatriates some 150,000 travelers home to Britain.