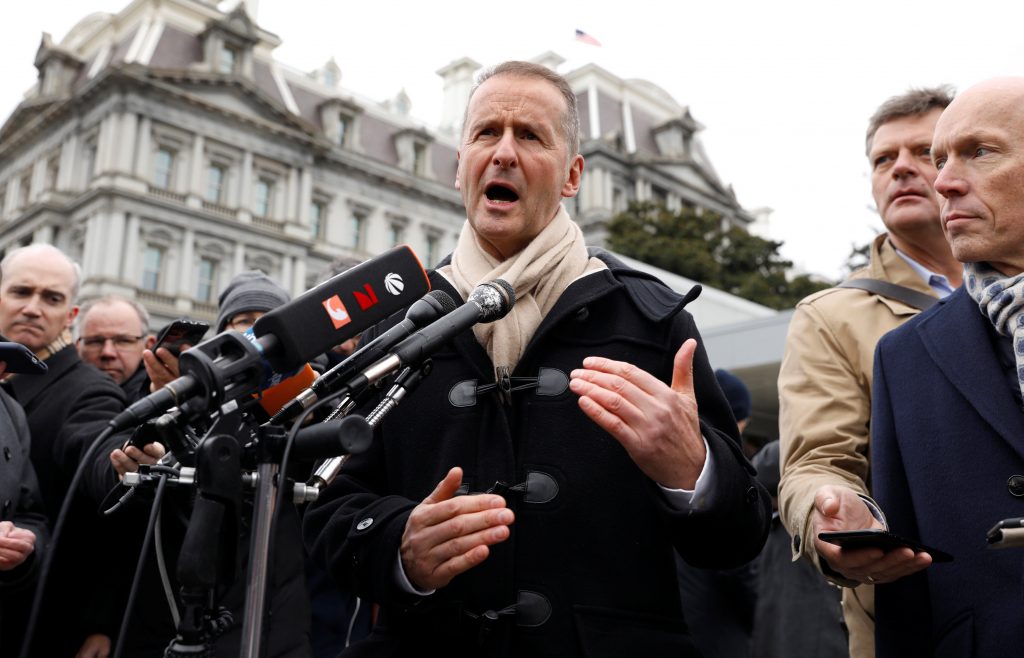 The three men are accused of deliberately informing markets too late about the costs to the company that would result from the scandal, prosecutors in the city of Braunschweig said.

That, they said in a statement, meant the executives had improperly influenced the company’s share price.

Winterkorn resigned shortly after the scandal became public. Poetsch was chief financial officer at the time and became chairman of the supervisory board in late 2015. Diess arrived at the company shortly before the scandal broke and was initially the head of its core Volkswagen brand.

Winterkorn was succeeded as CEO by Matthias Mueller, who was then replaced by Diess in April 2018.

Volkswagen could not immediately be reached for comment. Its shares dropped 2.4% on the news.

The charges raise the prospect that Diess would have to spend significant time on his defense at a point while the company is facing a challenging transition toward producing more electric autos and providing services such as carsharing through smartphone apps.

It is not unprecedented for a German CEO to continue while fending off charges. Deutsche Bank CEO Josef Ackermann was required to spend two days a week defending himself against charges of breach of trust in connection with his duties as a board member of mobile phone concern Mannesmann. Ackermann, who is no longer CEO, was found not guilty in 2004.

Volkswagen admitted installing software in its diesel cars that turned on pollution controls when vehicles were being tested and switched them off during everyday driving. That made it look as if the cars met tough U.S. limits on harmful pollutants known as nitrogen oxides.

In all, some 11 million cars worldwide were equipped with the illegal software.

The automaker apologized and pleaded guilty to criminal charges in the United States, where two executives were sentenced to prison and six others charged, although they could not be extradited.

In a separate case, prosecutors in April charged Winterkorn and four others with fraud in the emissions cheating scandal, which has helped turn many Europeans against diesel engines and accelerated the push toward electric cars.

Prosecutors alleged that Winterkorn knew about the scheme since at least May 2014 and failed to put a stop to it. That contradicted his claim that he did not learn about it until shortly before U.S. investigators announced it in September 2015.