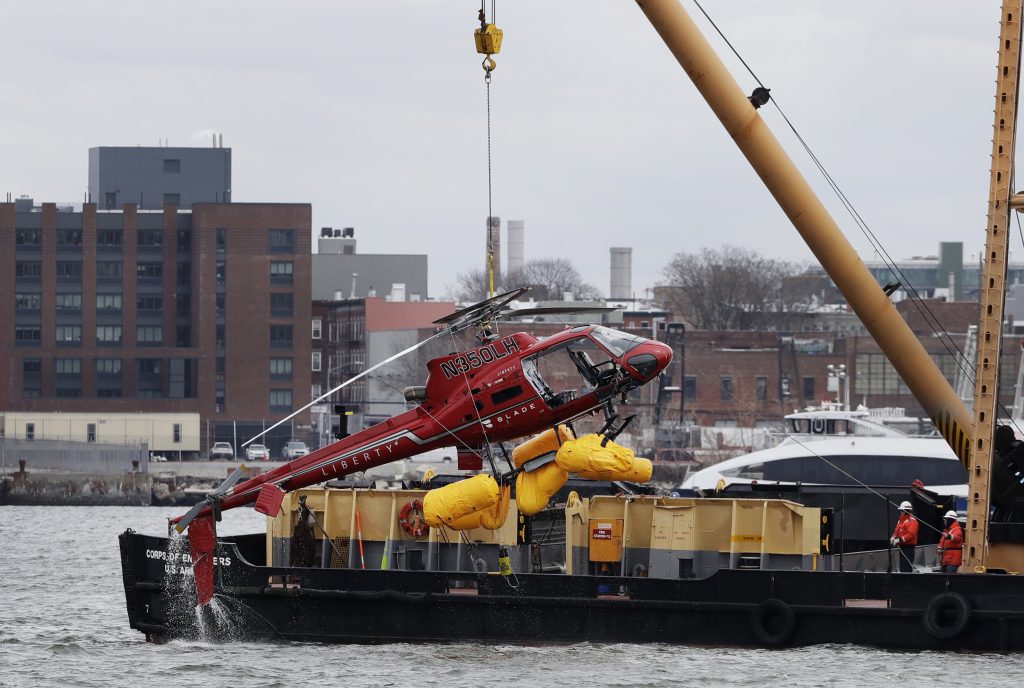 Video from inside a doors-off sightseeing helicopter that crashed in New York City’s East River last year shows doomed passengers struggling to free themselves from harnesses as the aircraft fills with water.

One passenger is heard asking “How do I cut this?” just 13 seconds before the helicopter becomes completely submerged.

The National Transportation Safety Board released transcript of the video on Monday. It was taken from a GoPro camera mounted on the cabin ceiling.

The agency also released dozens of other documents from its investigation into the deadly March 2018 crash in the East River and set a Dec. 10 hearing to determine a probable cause.

All five passengers drowned. Police and fire department divers said they found their bodies strapped in harnesses and used knives to cut them loose. The pilot survived.