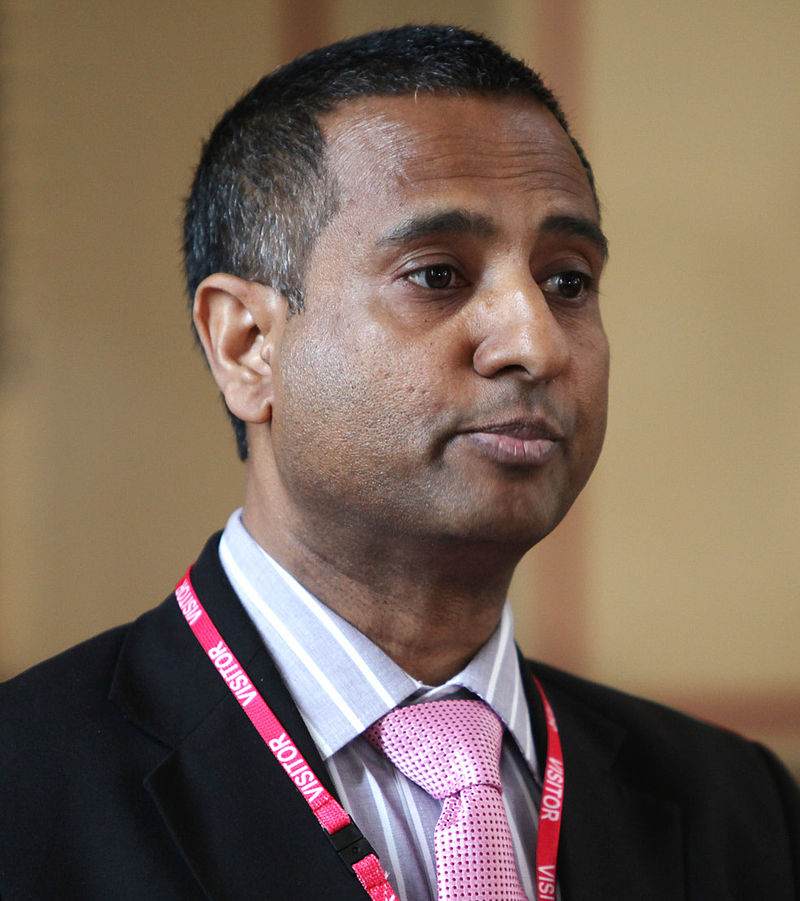 A rising frequency of anti-Semitic attacks around the world has “created a climate of fear” among Jews, according to a new United Nations report on anti-Semitism by Dr. Ahmed Shaheed, the U.N.’s Special Rapporteur on Freedom of Religion or Belief.

Gathering material from Jewish leaders, victims of anti-Semitic acts, and human-rights monitors, the report details attacks and their growing effect of limiting the freedom of Jews to practice their religion freely, both in countries with large and small Jewish populations.

The growing anti-Semitism is a phenomenon all across the political spectrum, according to the report, which notes “the growing use of anti-Semitic tropes by white supremacists including neo-Nazis,” as well as “members of radical Islamist groups.”

Notably, the report explicitly mentions “an increase in many countries of what is sometimes called ‘left-wing’ anti-Semitism, in which individuals claiming to hold anti-racist and anti-imperialist views employ anti-Semitic narratives or tropes in the course of expressing anger at policies or practices of the Government of Israel. In some cases, individuals expressing such views have engaged in Holocaust denial; in others, they have conflated Zionism, the self-determination movement of the Jewish people, with racism; claimed Israel does not have a right to exist; and accused those expressing concern over anti-Semitism as acting in bad faith.”

The Special Rapporteur “emphasizes that it is never acceptable to render Jews as proxies for the Government of Israel. He further recalls that Secretary-General Guterres has characterized ‘attempts to delegitimize the right of Israel to exist, including calls for its destruction’ as a contemporary manifestation of anti-Semitism.”

Furthermore, the report says that Shaheed “notes claims that the objectives, activities and effects of the Boycott Divestment Sanctions (BDS) movement are fundamentally anti-Semitic” and “that these allegations are rejected by the BDS movement.”

Shaheed says that “international law recognizes boycotts as constituting legitimate forms of political expression, and that non-violent expressions of support for boycotts are, as a general matter, legitimate speech that should be protected,” but “he stresses that expression which draws upon anti-Semitic tropes or stereotypes, rejects the right of Israel to exist, or advocates discrimination against Jewish individuals because of their religion should be condemned.”

The report details survey results on worldwide attitudes toward Jews. For example, “42 percent of Hungarians polled said they thought Jews held too much sway over the worlds of finance and international affairs.”

Some countries have adopted laws meant to diminish perception of the extent to which they participated in the Holocaust.

According to the report, Poland passed a law that “criminalized false public statements that ascribe to the Polish nation collective responsibility in Holocaust-related crimes,” which “was amended four months later, and a joint Israel-Poland statement condemning both anti-Semitism and anti-Polish sentiment was issued. Ukraine also adopted a legal prohibition on criticism of the ‘Organization of Ukrainian Nationalists’ (OUN-UPA), a group which collaborated with the Nazis and took part in ethnic cleansing including the Lviv Jewish pogrom and the Volyn massacre.”

The report details specific instances of attacks on Jews, including deadly shooting attacks on two Jewish congregations in the United States during the past year; a number of attacks by French citizens between 2012 and 2015, including deadly attacks at the Hyper Cacher supermarket in Paris; at the Jewish Museum of Belgium; and at a Jewish school in Toulouse.

Governments have also passed laws that may infringe upon religious freedom, notes the report, including measures banning or highly regulating shechitah in many European countries, Morocco’s forbidding of kosher food from being brought into prisons, and an Egyptian court ruling that “the festival commemorating the 19th century Jewish Rabbi Yaakov Abu Hatzeira … should be permanently banned due to ‘its violation of public order and morality and its contradiction with the reverence and purity of religious rites.’”

To combat anti-Semitism, the Special Rapporteur urges states to “foster freedom of religion or belief and pluralism by promoting the ability of members of all religious communities to manifest their right to freedom of religion or belief, and to contribute openly, on an equal footing, to society”; to “invest in preventative security measures”; and “enact and enforce hate crime legislation that recognizes anti-Semitism as a prohibited bias motivation.”

The report also urges states to facilitate the reporting of anti-Semitic incidents, and political parties to “adopt and enforce ethical guidelines in relation to the conduct of their representatives, particularly with respect to public speech.”

The report is “an unprecedented condemnation of Jew-hatred from an official office of the world body,” said Rabbi Chaim Dovid Zwiebel, Agudath Israel of America’s executive vice president, “and the fact that the report focuses wholly on anti-Semitism reflects a most welcome recognition on the part of the Rapporteur of both the pervasiveness of and the evil inherent in the world’s oldest prejudice.”

Rabbi Zwiebel noted that the report, while not explicitly condemning the BDS movement, “explicitly noted concerns that have been raised about its motivations, which many have charged include anti-Semitic sentiments, and its goal, which some contend is the dismantlement of Israel.”

“We are,” Rabbi Zwiebel said, “unfortunately, living at a time when the most outlandish blood libels against Jews have been resurrected, and when more subtle but no less pernicious animus against Israel and Jews permeates even civilized societies.

“The report will not likely put brakes on such entrenched hatred. But as a sign that the United Nations has come to recognize the bane that is anti-Semitism and its pervasiveness in the world today, it is most welcome.”