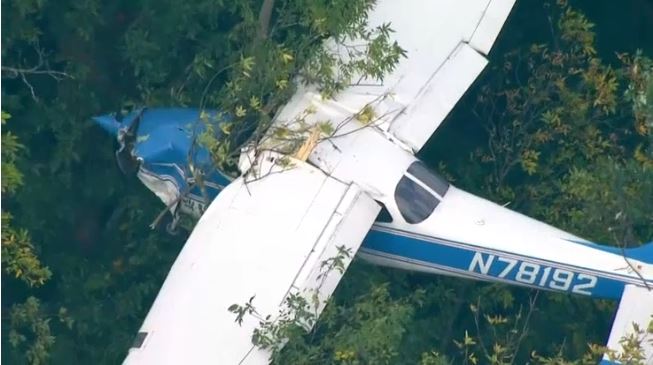 Authorities say a small plane crashed in a wooded area in central New Jersey and came to rest high in a tree.

The plane went down around 12:15 p.m., Tuesday, in Manville, not far from Central Jersey Regional Airport in neighboring Hillsborough. The pilot was the only person aboard the plane and was able to escape the aircraft, but it wasn’t immediately known if that person was injured.

No one on the ground was hurt in the crash, which occurred in a remote area of Somerset County. Officials say the plane was caught in trees about 75 feet off the ground.

It’s not clear if the plane was taking off or landing when the crash occurred.

NBC reported that, according to Emergency correspondence, there was a possible fuel leak. Helicopter footage shows the plane stuck at least 70 feet in the air.

The cause of the crash is under investigation by the Federal Aviation Administration.