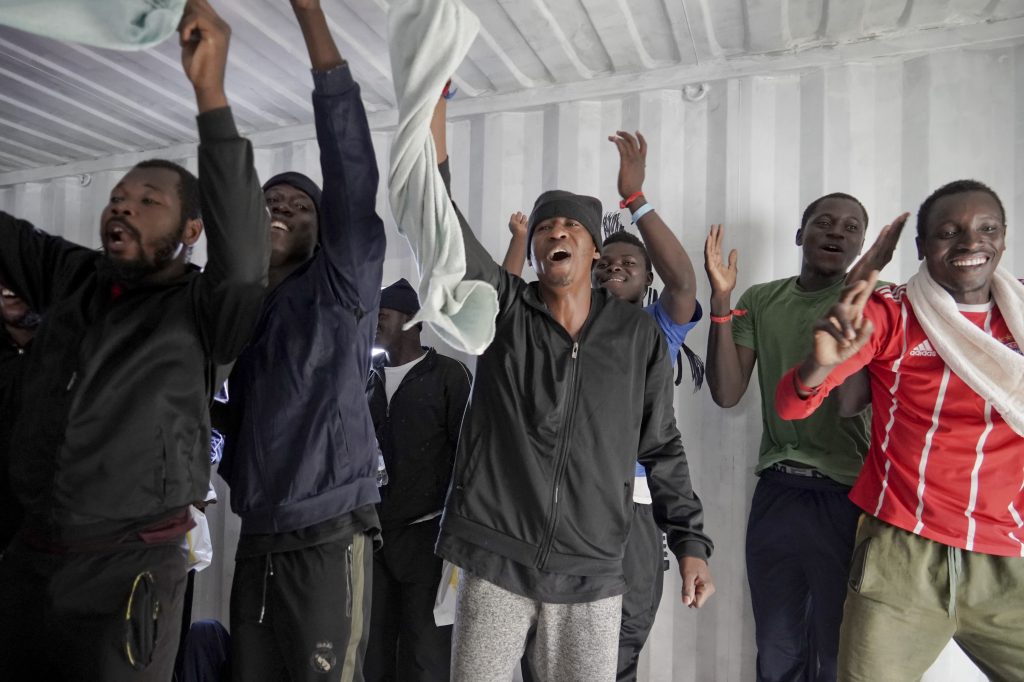 A humanitarian ship has docked in Italy to disembark 182 men, women and children rescued in the Mediterranean Sea after fleeing Libya.

The Ocean Viking arrived in the Sicilian port of Messina with Italy’s permission on Tuesday morning. On land, police and the Red Cross waited for the migrants to step out. These were migrants picked up from three different boats on Sept. 17-18.

Five European Union nations — France, Germany, Italy, Malta and Finland — agreed on Monday to a temporary arrangement to share out migrants rescued while trying to cross the sea from Libya in unseaworthy boats operated by human traffickers.

Officials, however, are pushing for a wider deal involving more EU countries.

Meanwhile, Libya’s Coast Guard reported last Thursday that it had picked up 493 migrants on six inflatable boats in six operations in a week in areas northeast and northwest of Tripoli, the capital.

The migrants, including 28 women and five children, are from sub-Saharan, Arab and Asian countries. They were all moved to detention centers run by the U.N.-backed Government of National Accord, Coast Guard spokesman Ayoub Qassem said.

Libya’s western coast is a main departure point for migrants fleeing war and poverty and hoping for new lives in Europe, though the number of crossings has dropped sharply since July 2017.

Earlier on Thursday, a Sudanese migrant died at the Abu Sittah naval base in Tripoli from a bullet wound, hours after being returned to shore by the Libyan Coast Guard. There was no immediate comment on the incident from the Coast Guard.

Libya plunged into chaos following the NATO-backed uprising that toppled Muammar Qaddafi in 2011, with many armed groups and two administrations vying for power.