Israel Erdogan Lashes Out at Israel in U.N. Speech
Israel 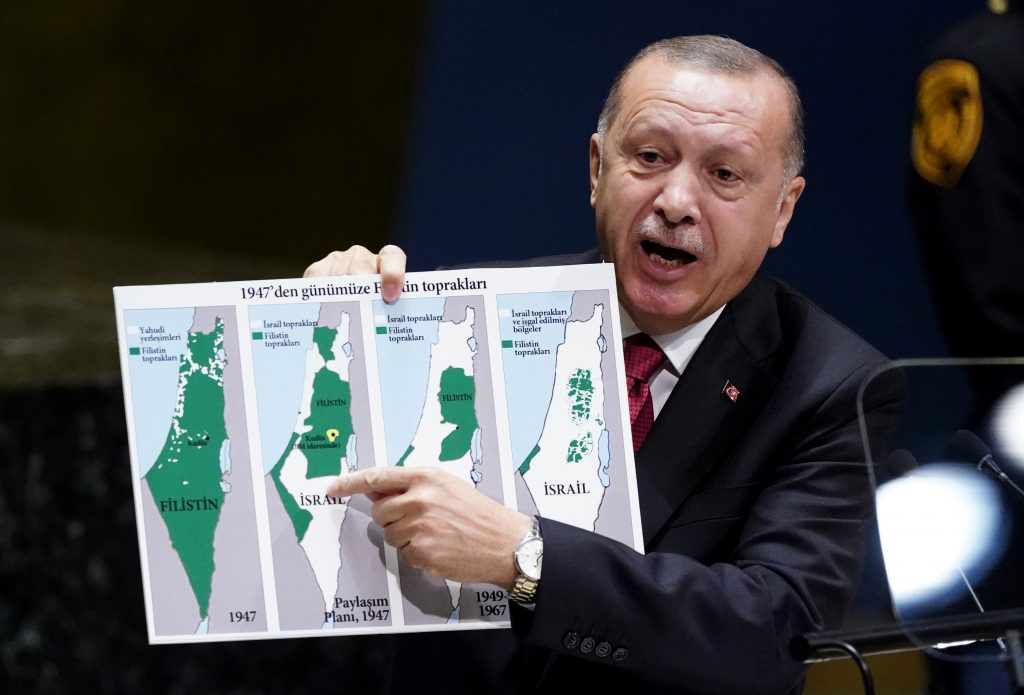 “The Palestinian territory under Israeli occupation has become one of the most striking places of injustice,” Erdogan declared, and claimed that “massacres” were occurring in the Gaza Strip.

“Someone who does not stop lying, who slaughters Kurds, who denies the massacre of the Armenians, should not preach to Israel. Stop lying, Erdogan.”

Foreign Minister Yisrael Katz also issued an angry rebuttal: “I strongly condemn Erdogan’s anti-Semitic statement comparing the Holocaust of the Jews by the Nazis to Israeli acts in Gaza,” he said.

“You should be ashamed, Erdogan,” Katz said.

However, the Holocaust reference was not part of Erdogan’s speech in the General Assembly.

According to the Foreign Ministry, both Netanyahu and Katz were responding to remarks made on the sidelines of the U.N. summit, The Times of Israel reported.

The Israeli Foreign Ministry, citing Turkey’s Anadolu Agency, said that Erdogan told U.S. Muslim leaders that “when we look at the Nazi murder of the Jews, we see the massacre in the Gaza Strip from the same perspective.”