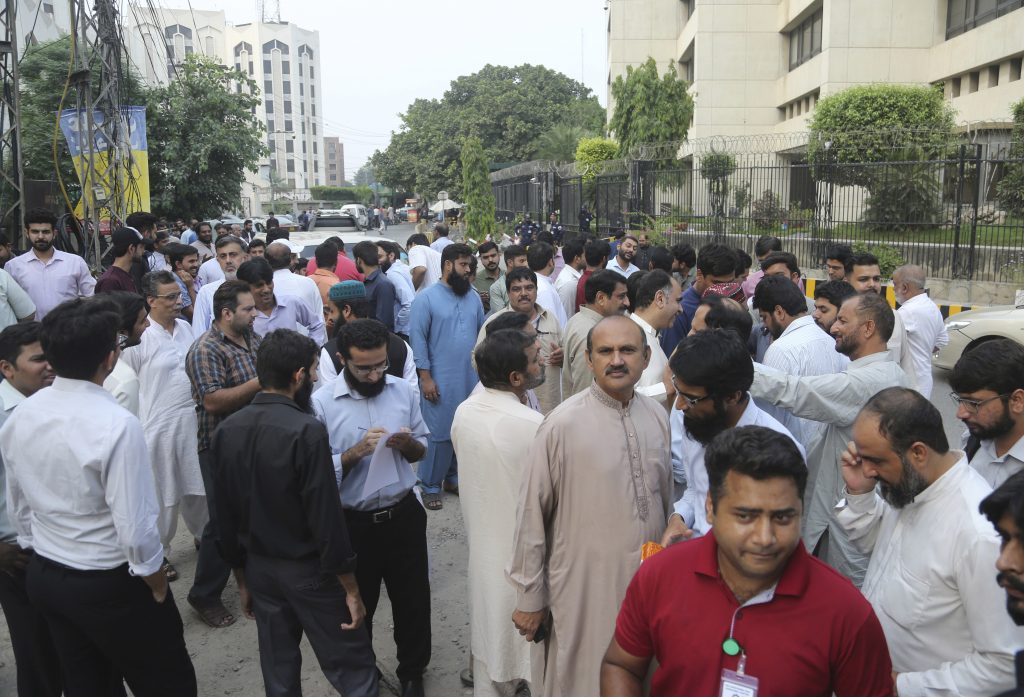 Media showed a collapsed building and cracks in roads large enough to swallow cars in Mirpur, a town on Pakistan’s side of the disputed territory of Kashmir near India.

“I am in the hospital right now and I am being told that several of the injured people are in a critical condition,” he said.

Major General Asif Ghafoor, a spokesman for the Pakistan Armed Forces, announced that army troops with aviation and medical support teams were dispatched.

“Our whole concentration right now is to accelerate the rescue operation,” said Raja Farooq Haider, prime minister of Pakistan’s Azad Kashmir region. “There are people who are stuck there and who need immediate help. We are putting in all our resources to get people the best of our help.”

Most damage was in an area between Jhelum and Mirpur, said the chief of Pakistan’s National Disaster Management Authority, Lieutenant General Mohammad Afzal.

The last major earthquake in Kashmir happened in 2005, killing more than 80,000 people.